A bit more progress on engine dis-assembly as illustrated in the photos below.

The fuel bags (bladders) have been delivered to Australian Fuel Cells, who are now measuring them up and discussing the design for new bags with the factory.
Derry Greeneklee has completed the rebuild (stainless steel sleeve) of the three master cylinders plus the clutch slave cylinder and they are on their way back from South Australia. The first items refurbished! 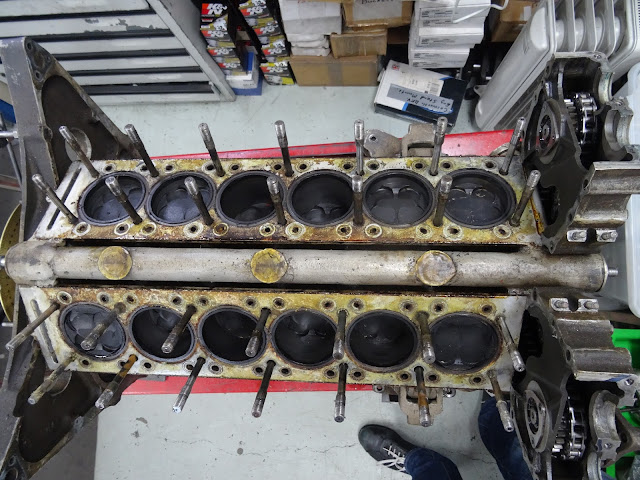 Cylinder heads, cooling pipes and valve gear all removed. Note the timing chains used to drive the camshafts rather than gears. 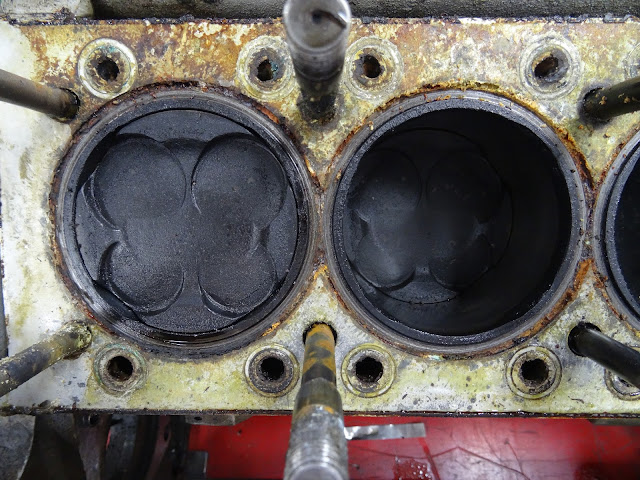 Pleasantly surprised at the condition of the engine. My concern was that with the engine / car sitting idle on display at the Donington Museum in the UK for so long the engine internals may have severely corroded. This has not proved to be the case. Heads lifted off readily.

The above photo illustrates of the short stroke of this engine with one piston fully raised and the other fully lowered. At 11,000 RPM these little pistons (250cc each) would be absolutely flying. 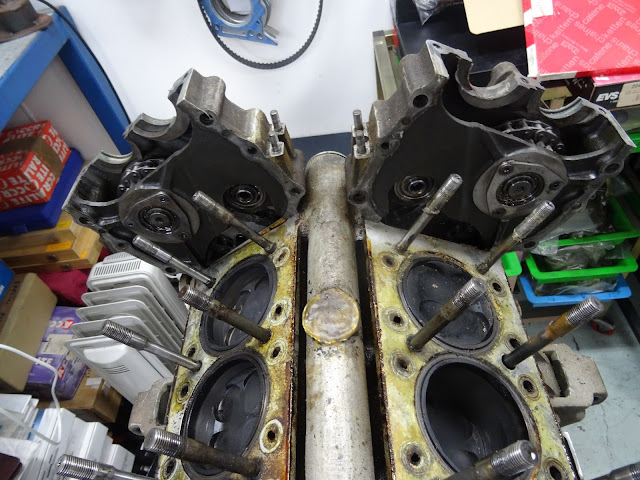 Timing chests (photo above) are separate components to the cylinder heads, which would allow removal and replacement of the heads in a manner that avoids having to redo the valve timing. 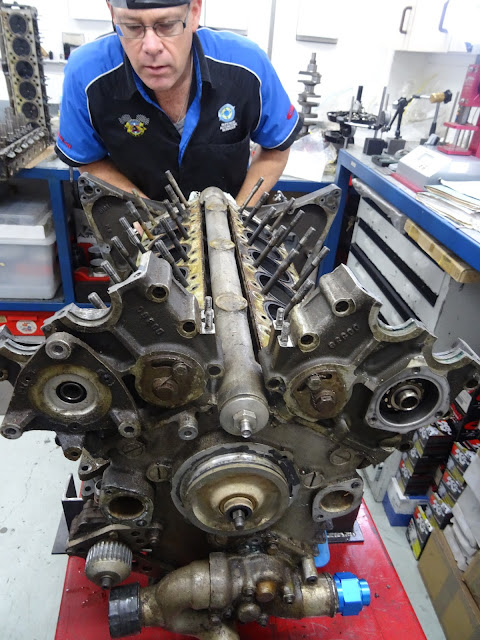 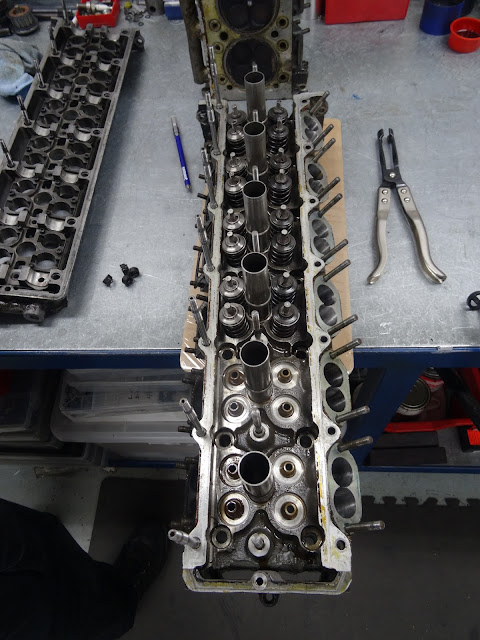 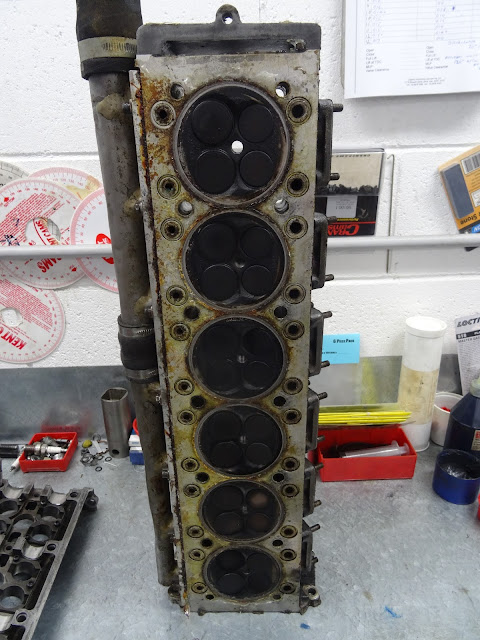 The tapered pipe on the left of the cylinder head above is for coolant, the tapered design to ensure a steady pressure and flow across all six chambers on each of the two banks of cylinders. 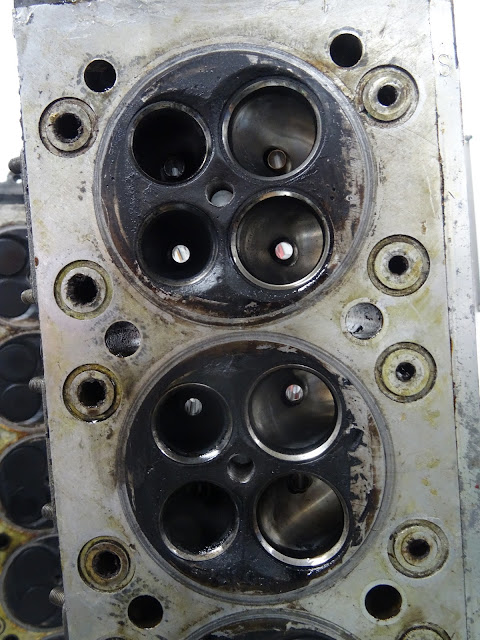 So far, Rodney has not discovered anything that is seriously worn or broken or illustrative of abuse. As can be seen in the photo above, the heads are in remarkably good condition and there are no dents from something going bang at 11,000 RPM.

Next week Rodney will dismantle the bottom half of the engine (crankshaft and con rods and remove pistons etc) and measure up and then order the shopping list of new parts. Whilst many of the existing (however consumable) engine parts are still perfectly serviceable I would prefer to fit new parts which have modern metallurgical treatment and which I know will last for at least 1,500 racing miles before the next rebuild.