This is the first or what will be a number of 'Engine Rebuild' posts.
The cylinder heads will be removed by the end of the week and the bottom end will be dismantled early the following week so by the end of next week I will know in general terms what the rebuild will entail. 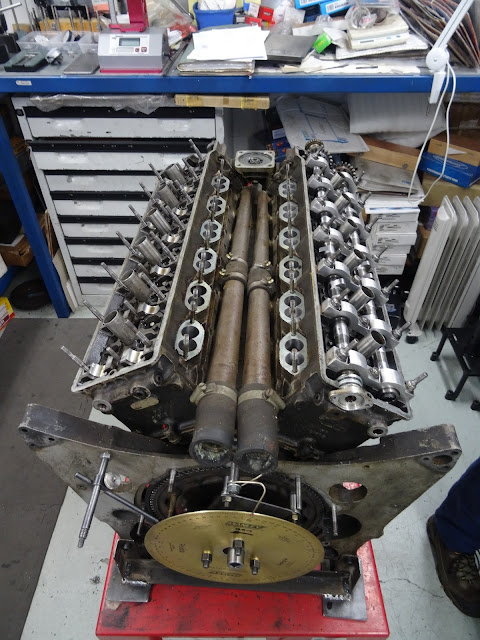 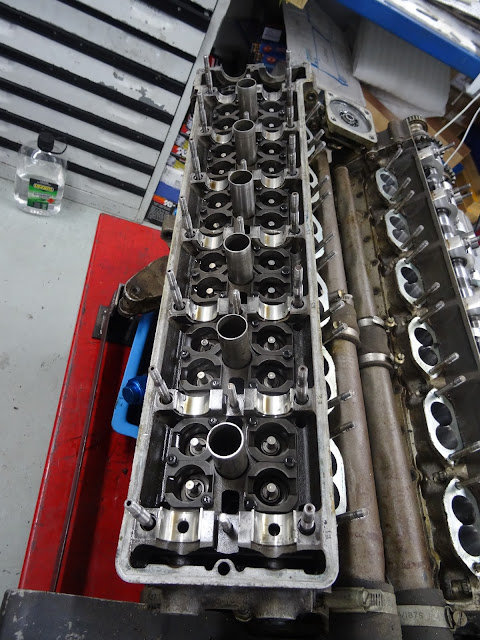 Cams on left side bank removed (photo above). 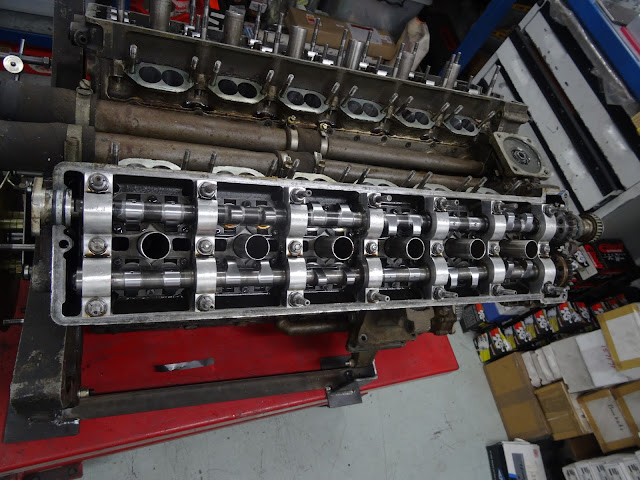 Cams on right side bank still in place (photo above). 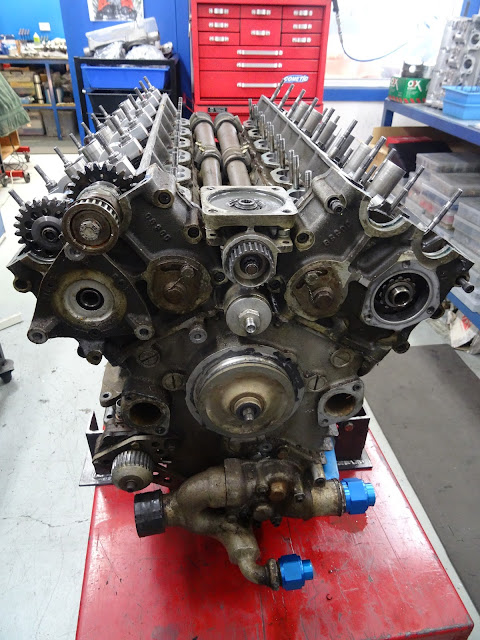 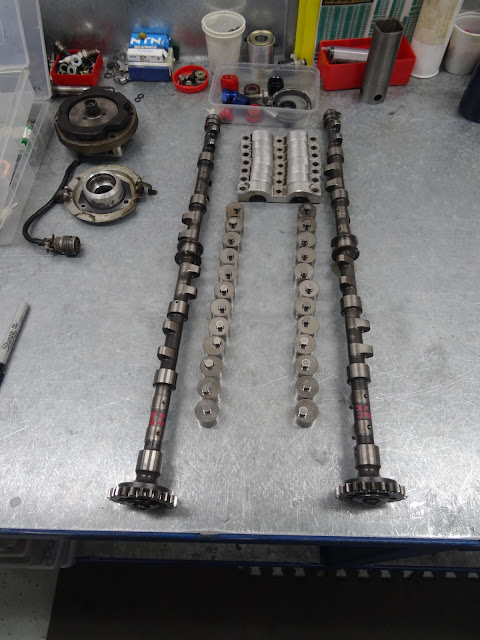 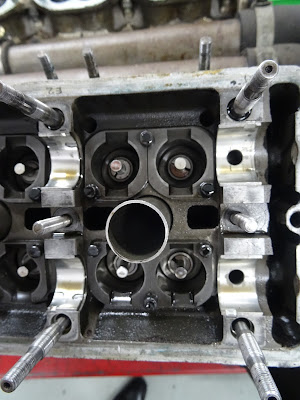 As Rodney has mentioned on a number of occasions, the engineering has been well thought out, an example being the removable cam bucket guides for each valve, so they may be removed and replaced individually if there was damage to a single valve. 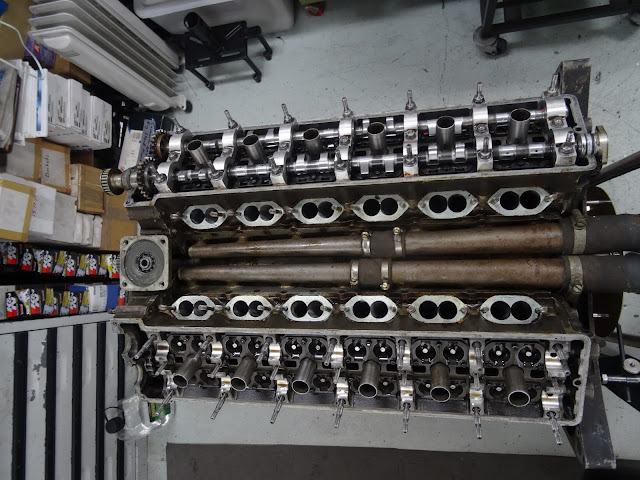 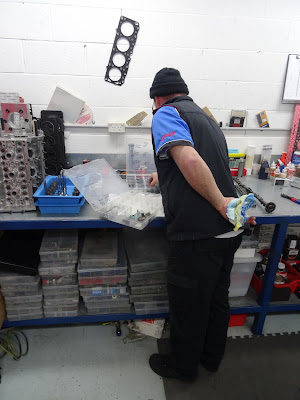 Rodney in the Engine Room. Winter here in Aus. 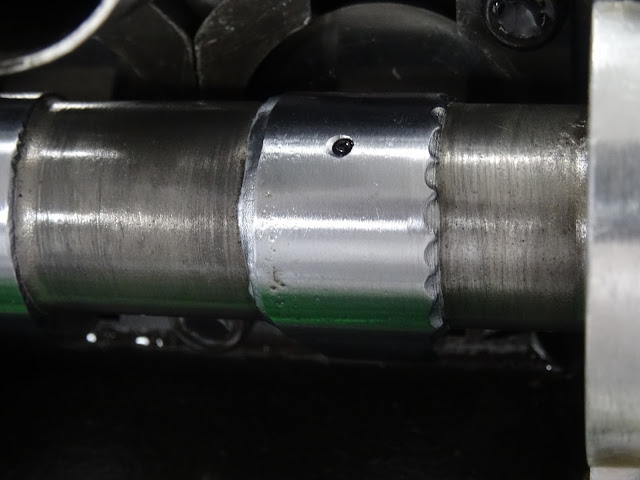 Unfortunately the cams appear to have been repaired or resurfaced.
Likely candidates for replacement.