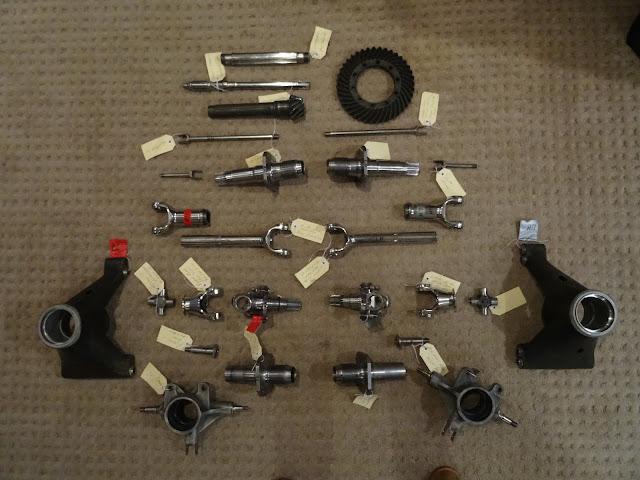 They all look fine to me!
I will be particularly interested in the analysis of the metal used for the drive shaft items. They were all coated in lacquer or varnish (and covered in dirt and oil) which when cleaned and the varnish removed the components have a chrome like finish and gloss as can be seen in the photo above.
There are some very complex forged and machined pieces in this batch. I hope they are not cracked. 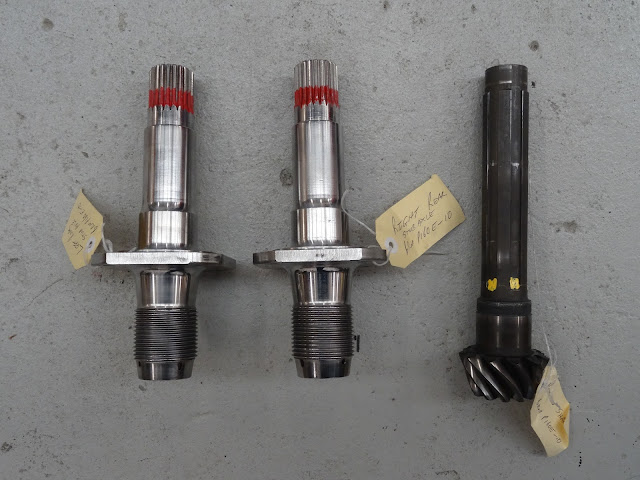 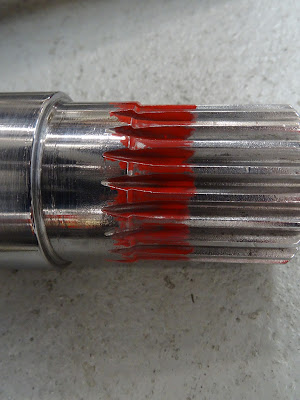 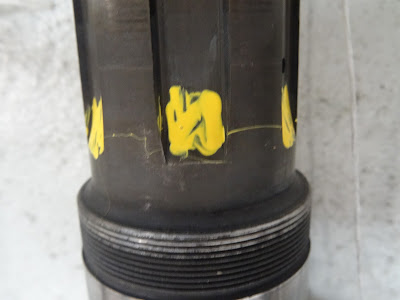 The pinion shaft also has a series of deep spiral cracks at the root end of the splines. 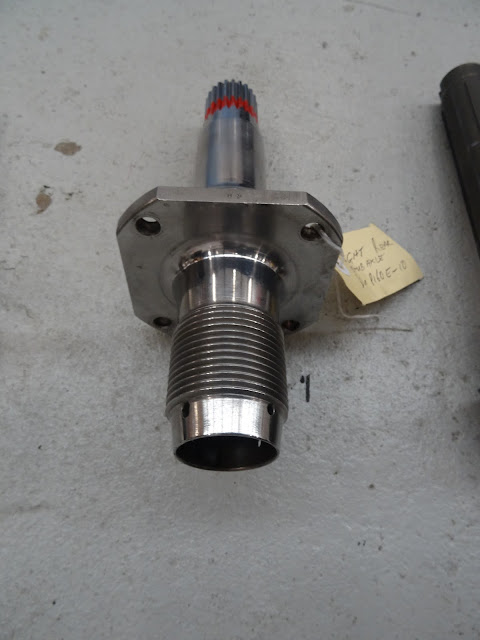 The rear hub axles are turned from a large block of steel so there is a bit of lathe work ahead to remake these.

These axle components are made from EN26 steel, heat treated to hardness of 38 HRC. This material is readily available and we will use the same material for the new items.

The steel used in the other components that were also crack tested included Titanium (Ti-6A14V), EN39 steel and quite a number are Mar300 steel.

The Maraging 300 steel components are the items that had a chrome like sheen. This steel has a composition that includes 18% nickle plus cobalt of some 9% and is generally used in applications such as aircraft landing and take off gear, aerospace and die casting. Strong and tough.