All the suspension wishbones front and rear now removed, cleaned, measured and off to Elwyn Bickley tomorrow to be replicated. 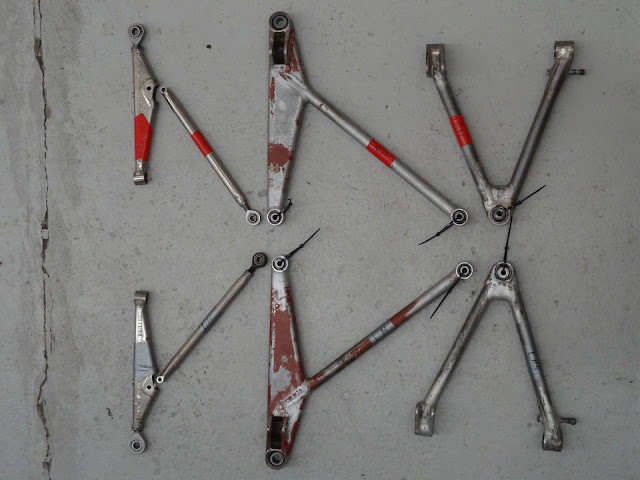 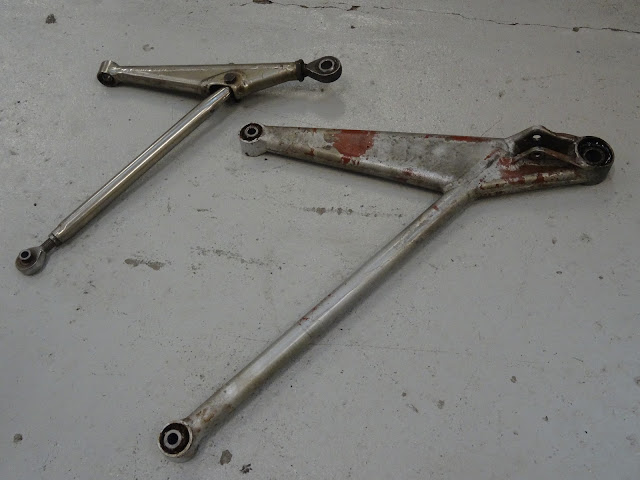 Set of front suspension wishbones above (from RH Side), upper on the left of the photo and lower (with the shock pickup mounting) on the right. 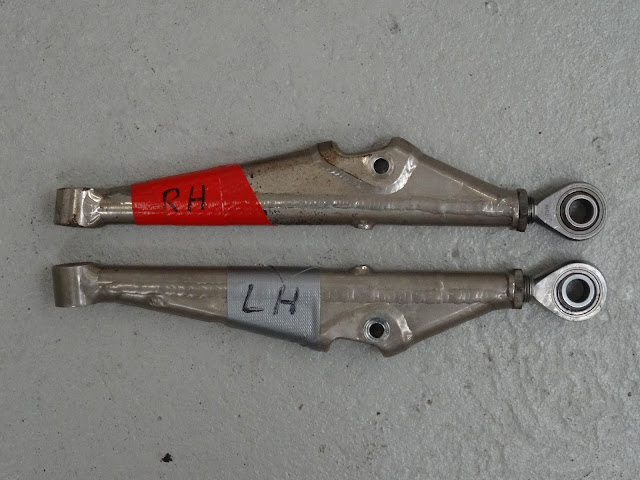 The front upper links (photo above) are identical and are interchangeable for both sides. The lower wishbones are however, not due to to the pickup / mounting point for the shock absorber. 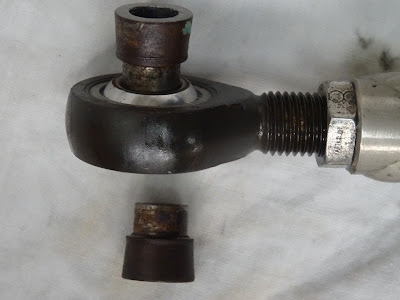 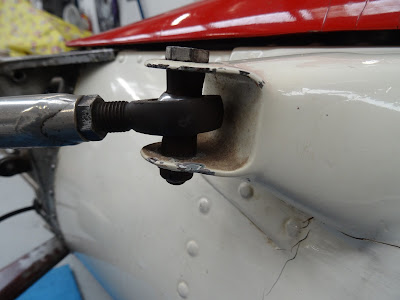 The radius links for the upper suspension wishbones have cute conical spacers in the rod ends.
In my other cars these are generally just manufactured from round bar rather than being machined in the conical shape on this BRM.
Second photo above illustrating the mounting of this front tie rod to the body. 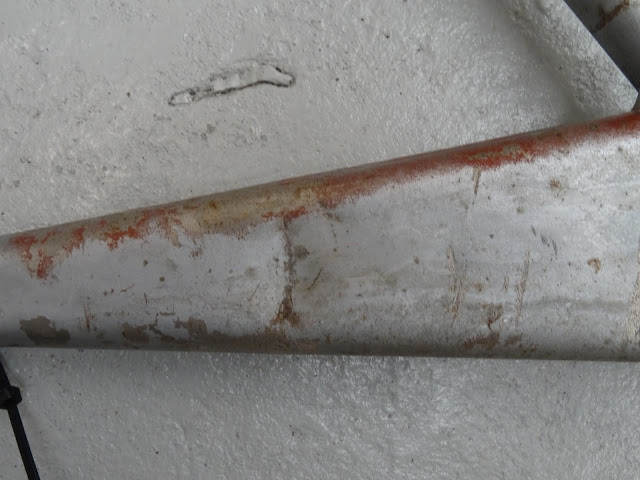 At some point the Left front of the car was lifted up by someone putting a jack part way along the lower wishbone which has indented and bent it slightly. 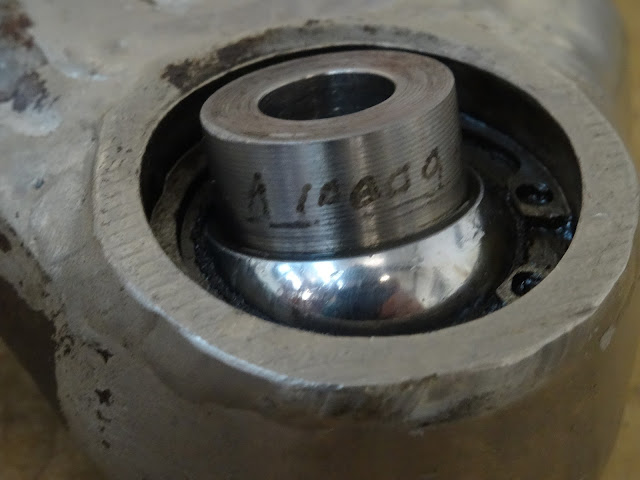 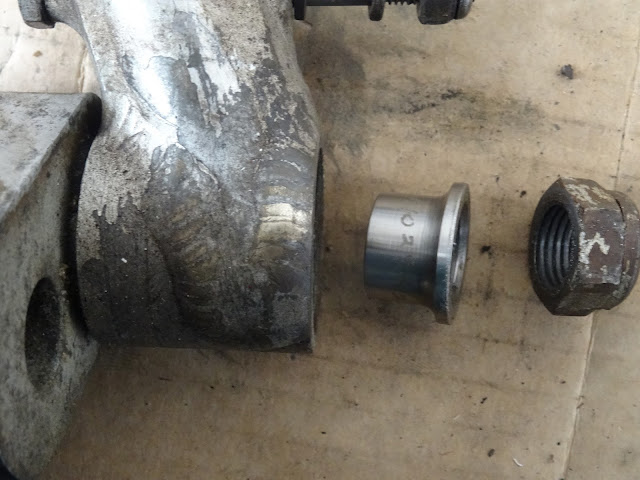 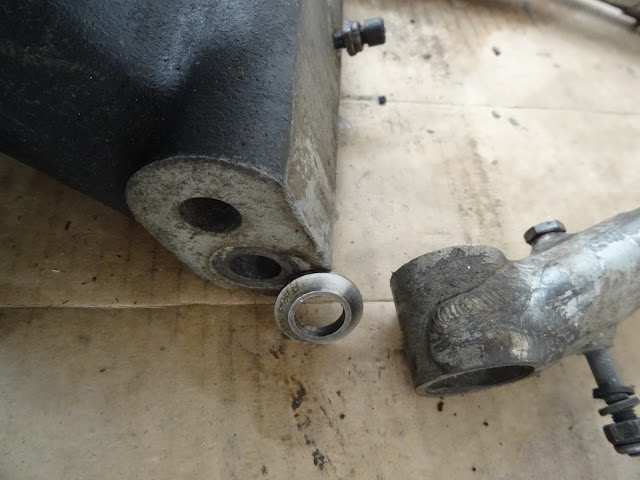 I have mentioned it in prior Blog Posts but I continue to be amazed at how virtually all items on the car have a unique part number etched in them. As illustrated in the three photos above the dis-assembly of the front and rear suspension did not disappoint in this regard with each spacer etched with part numbers, some in very tiny writing. Someone working in BRM back in 1973 had a very steady hand and good eyesight. 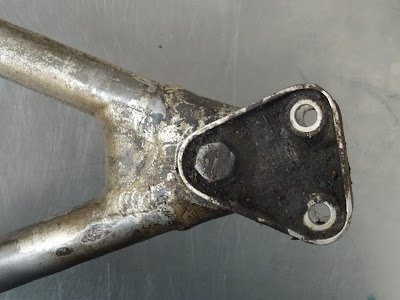 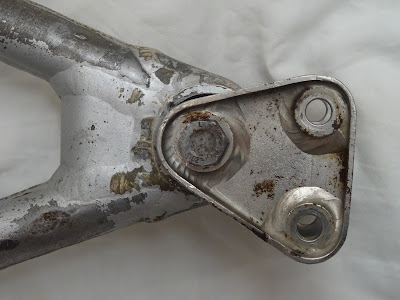 Although grubby and covered in old oil and dirt, cleaning reveals components in generally very good condition and most nuts and bolts undo without a problem and slip out of holes with very limited or no force. The benefit of long term BRM and Museum storage and limited usage. 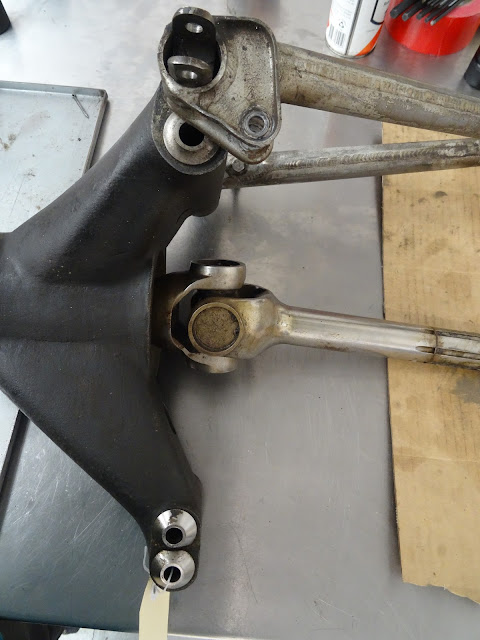 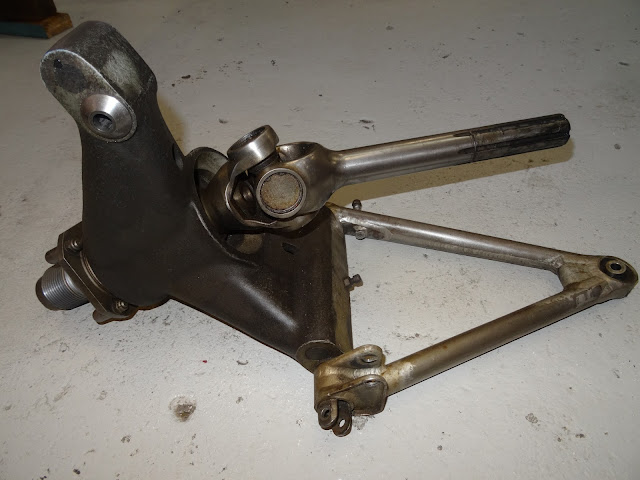 The rear suspension uprights have two settings for relatively quick and straight forward adjustment of rear ride height by 1.5 inches as illustrated in the photos above. The car is currently on the lower height setting. 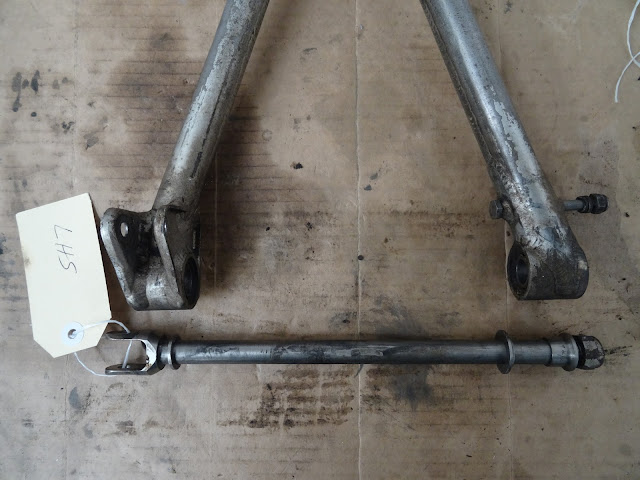 I mentioned in a prior Post about finding titanium parts through the car (some may recall the scene in the movie RUSH where Niki Lauda directs his mechanics to lighten his car by replacing components with titanium - Rick Hall has mentioned that this car was used in that scene).
The through bolt / clevis pin in the lower rear wishbones in the photo above (which goes through the bottom of the rear uprights) is titanium and is also rifle drilled down it's centre to further reduce weight. 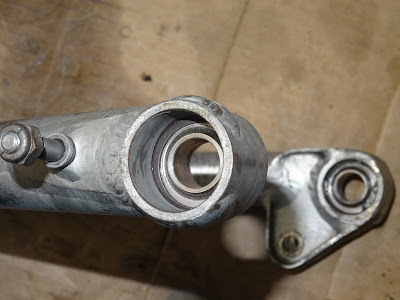 A benefit of the underside / working components of the car having not been well cleaned since 1974 is that when the layers of oil and dirt are removed there is virtually no rust, even in places where one would expect to find it, such as in the ball joint ferrules. 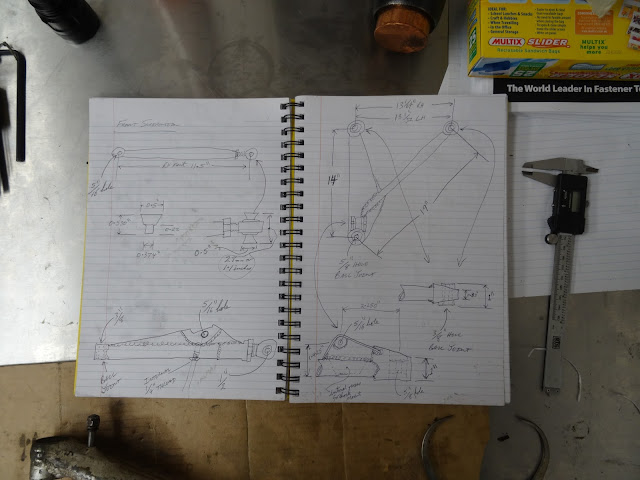 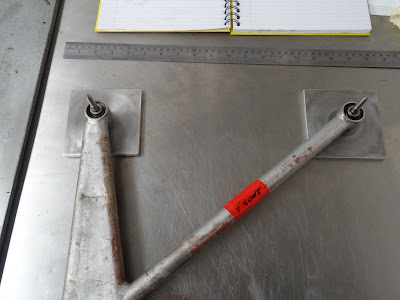 Not having access to the BRM drawings is both a constraint and an 'opportunity' in that it forces you to measure various items, carefully label everything and take copious photographs to ensure that you can reassemble it all back again!