Front suspension removed today after delivering the wheels to Dave Mawer.
Another few days of dismantling over the next few weeks and it will be a bare tub. 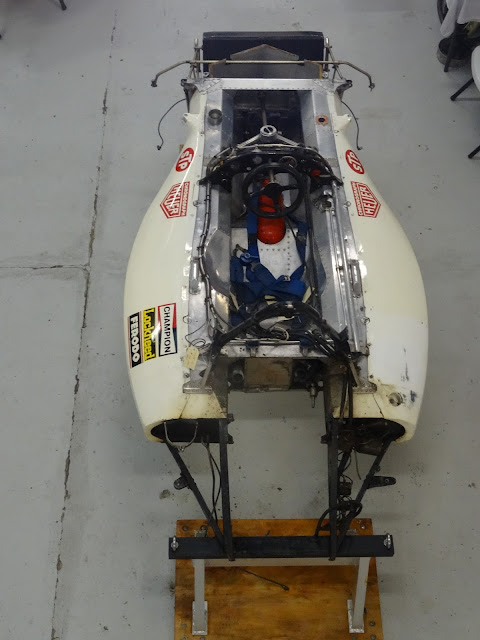 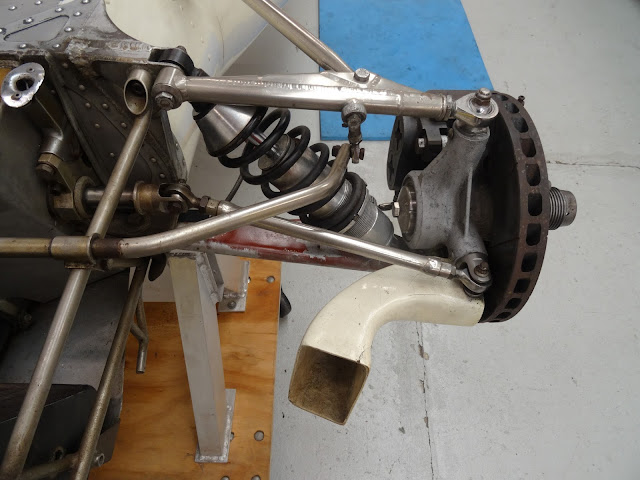 Left front above and right front in photo below. 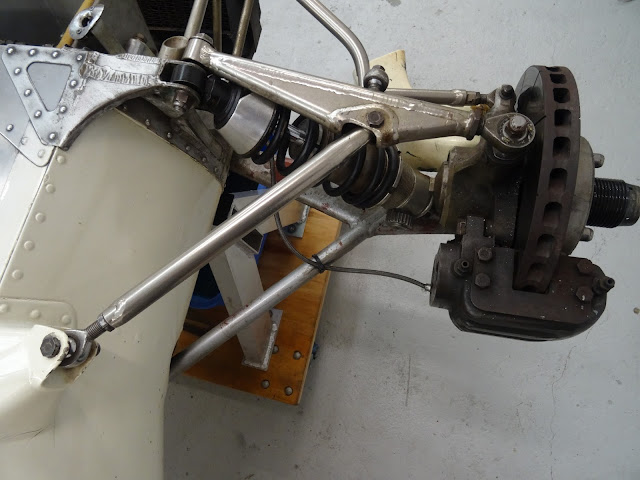 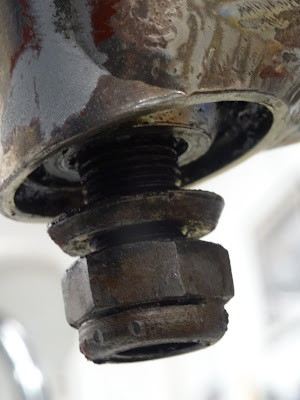 Now some people would not find this exciting but I was thrilled to find (photo above and below) that the vast majority of washers used on the front suspension were in fact tapered hardened steel, some even etched with BRM part numbers! 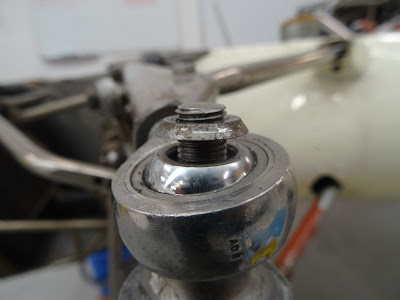 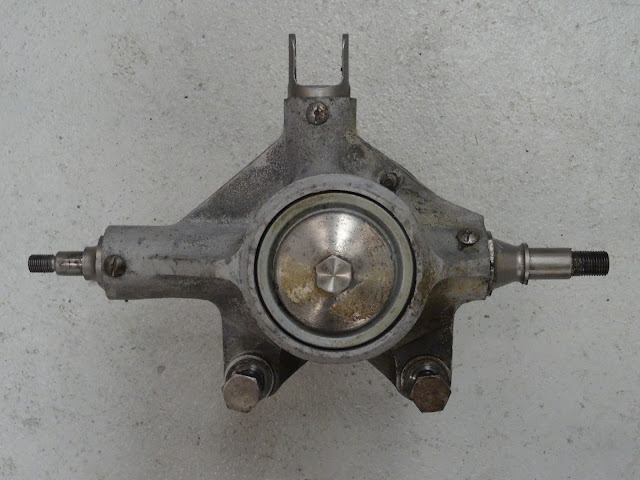 Front upright above, in all it's glory. 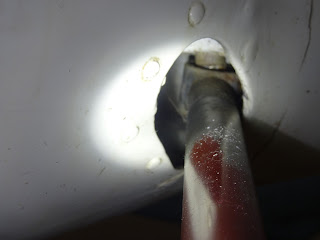 The lower wishbone disappeared into a hole in the side panel of the monocoque, clearly with a rose joint at the end. The head of a bolt was accessible through a round cutout panel under the car. The bolt would not budge however. 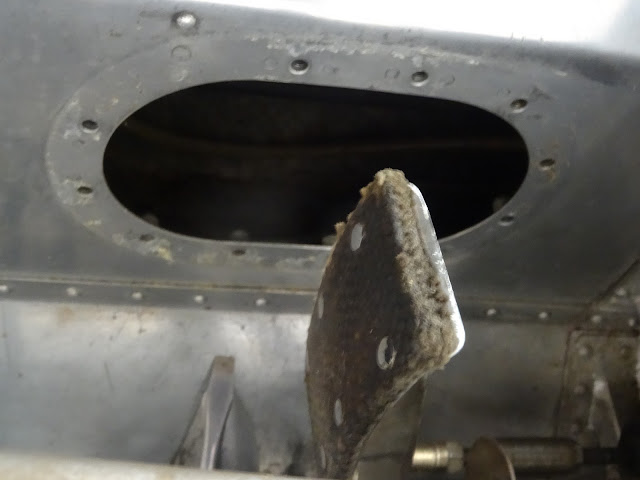 Removing an access panel on the inside of the monocoque (one on each side) revealed: 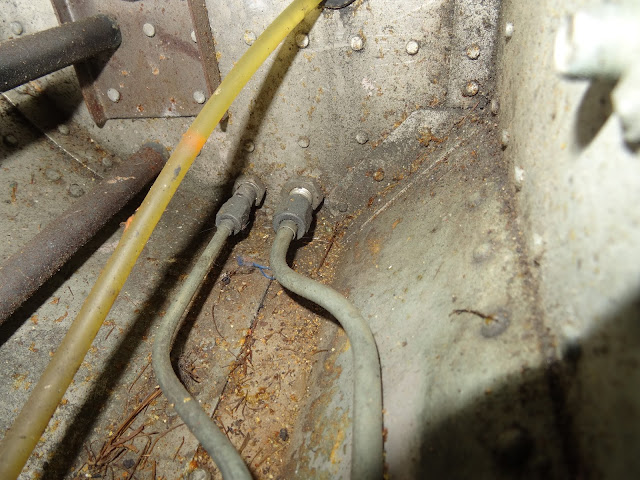 brake and clutch lines in the cavity to the front, and; 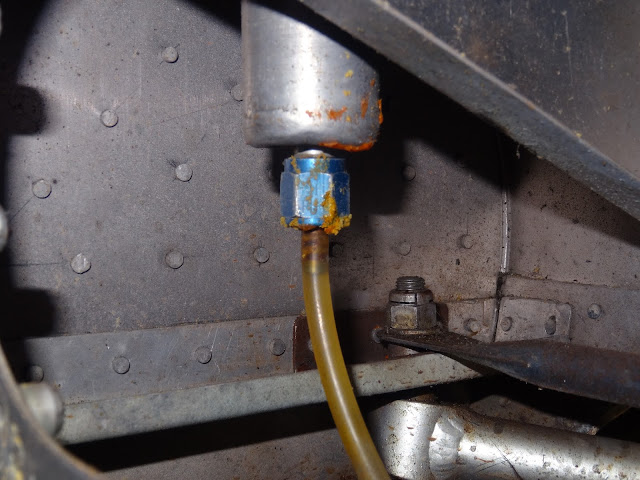 A nut hidden away to the left. With some jiggling it was possible to attach a socket and undo the nut however it would certainly slow down a fast change of front suspension if the star driver bent a front wishbone. But then again, now I know what to do I would be faster next time and more importantly I will not have to contend with removing seized on screws fixing on the access plate!