Progress will be slightly impeded this week, work commitments .........

Whilst waiting for Rodney to commence the engine dismantling and also waiting to hear back from Hall and Hall regarding availability of gearbox components it is time to turn attention to some other critical path items. Wheels first.

The three Goodyear and one Avon (more on this later) tyres were dismounted from the magnesium wheels by Bill and Darryl at AVON (Gordon Leven Motorsport). They took it very slowly as the three Goodyear tyres (likely age of 40 years) were as hard as rock and they were worried about damaging the wheels. When they finally got the beads to shift there was a puff of white powder from the  old dried bead sealant. 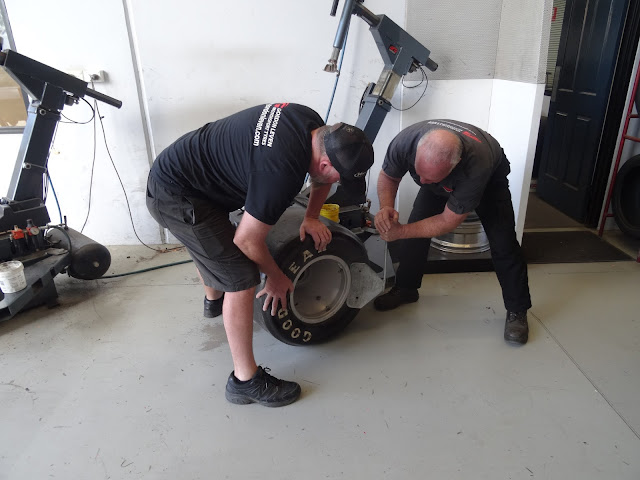 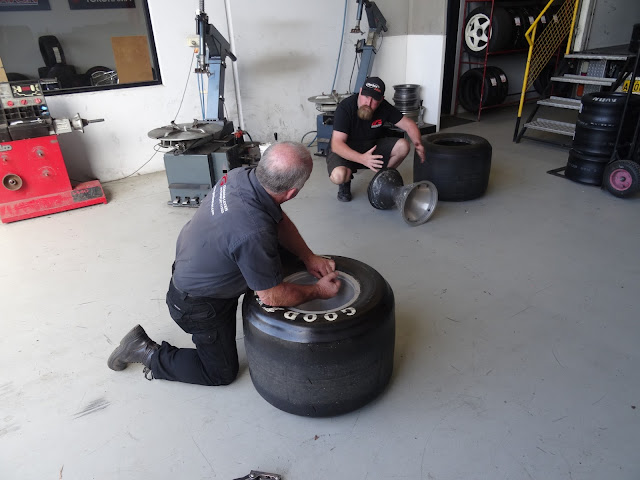 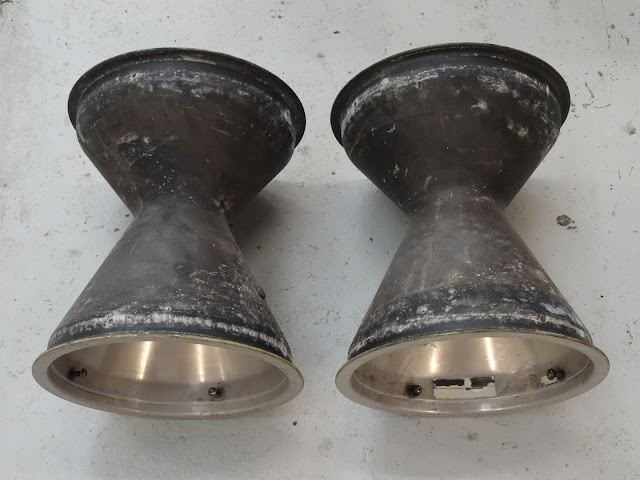 The 16.5 inch wide, 13 inch diameter rear wheels are full castings, ie without a centre join which is quite unusual. Bill refers to them as hourglass wheels. 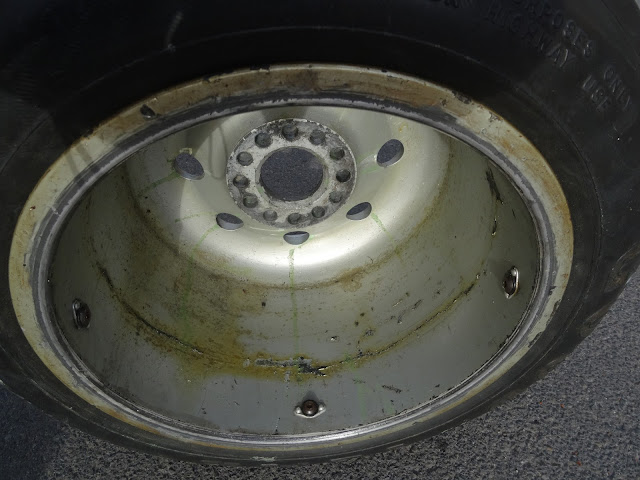 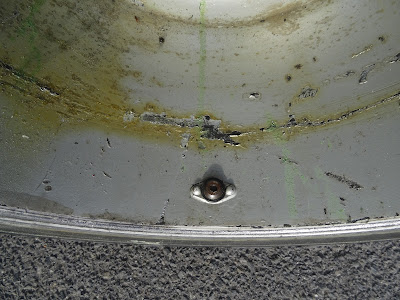 Above two photo are of the RH Front wheel which was fitted with an original Goodyear tyre and had the original steel inserts for the bead lock screws.
Photo below is of the LH front 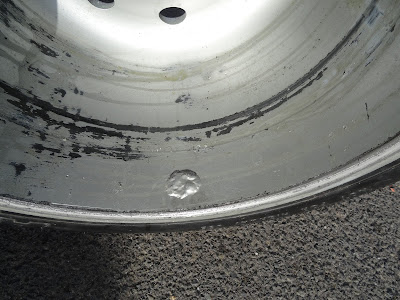 The front wheels comprise one wheel which looks like it was from this car originally with the steel insert bead locks and the original Goodyear tyre. The second (LH) front wheel is however another story in that this has had the bead locks welded up, is in worse condition and as illustrated in the photo below, has had some recent 'abrasive sanding' work done to the hub which was revealed when the Avon tyre was removed.
This LH front Avon tyre had had the brand Goodyear spray painted on it's firewall!! 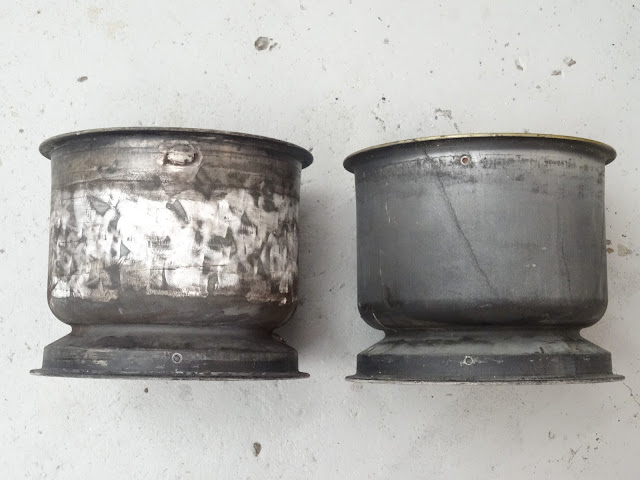 So these wheels are now off to David Mawer to be cleaned, checked for roundness / damage as well as an assessment on what David can do to repair the LH front to make it serviceable. Following this they will be off to Steve Hooker for crack testing, then if they are ok, back to Dave for polishing.