This BRM P160E has an aluminum monocoque with cavities running along both sides of the driver's seating compartment to carry the fuel bags, plus a cavity behind the drivers back for a central collector fuel bag that connects into the two side tanks and also provides the fuel outlet to the fuel pumps. There are other various little pipes out of the tanks for breather tubes and also the fuel filler point.

I had no idea of the internal arrangements for the fuel bags for this car and assumed it would be simple to remove them. But I now know how to remove the LH bag tank (and by inference also the right) and given that I or a future owner will need to replace them again in 5 or 6 years time, here is an instruction for dummies; 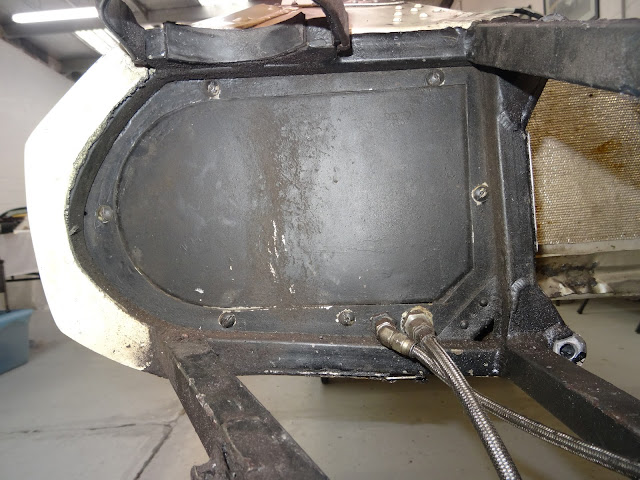 Panel at the back of the Left Hand side pod. This is the removal point for the bag(s). 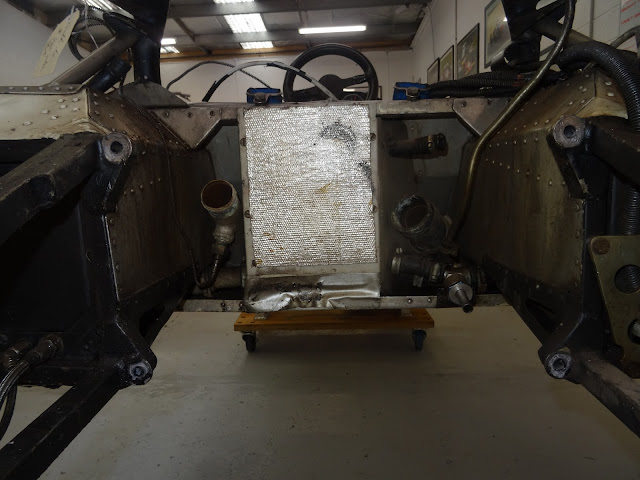 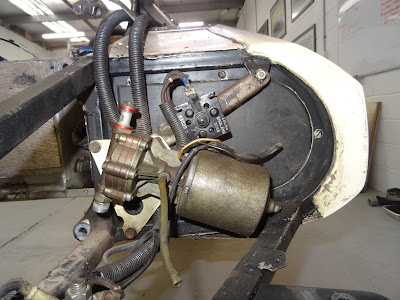 Panel at the back of the RH side pod. 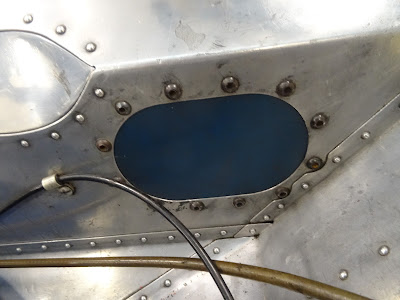 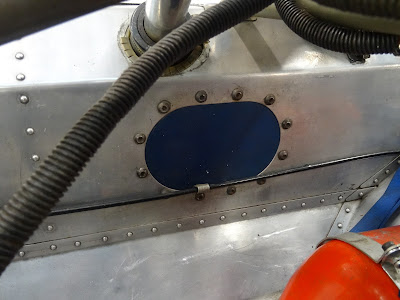 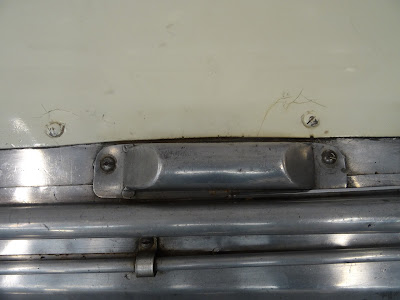 Lovely little cover on top of the monocoque. I always wondered what purpose it played but had not got around to looking. 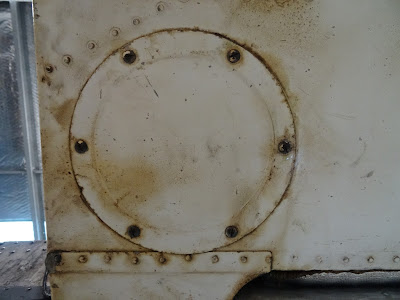 2) Outlets and Breather Tubes - There are several of these, at the back and on top. Undo them all as well and poke the protruding rubber tubes back inside the cavity holes: 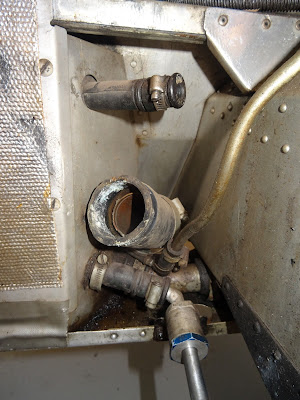 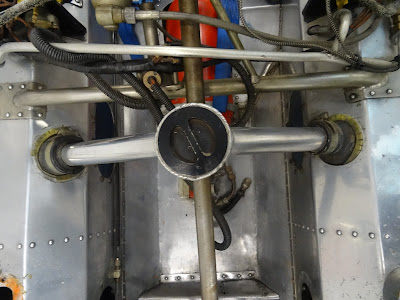 3) This will then reveal a number of things, as illustrated below: 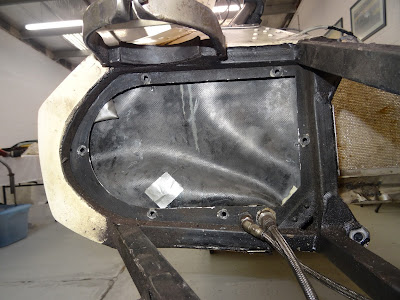 The rear of one of the two (as I discovered) bag tanks that are fitted in each of the side pods of the monocoque. 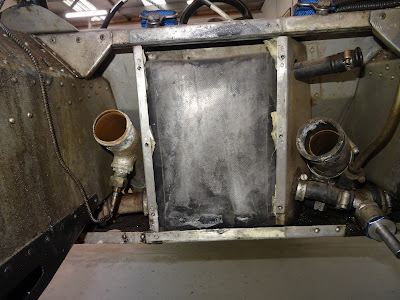 The rear of the centre collector bag tank 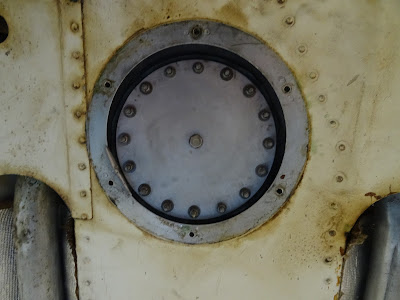 The base of the collector bag tank and as I have not yet removed this bag tank I have no idea what is behind that cover plate - that will be in the next installment. 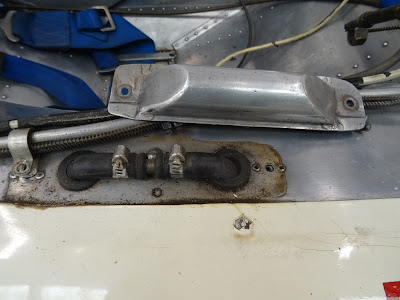 Small breather tubes that connect the front and rear bag tanks (as I discovered) on each side of the monocoque. Clearly above the height of the fuel even if the bags are filed to the brim. 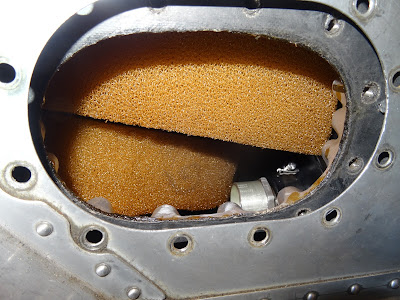 Foam visible inside each of the openings into the bag tanks accessed from the four blue painted panels inside the monocoque.

4) Do not attempt to remove the side pod bag tanks at this point. Even though to your clearly logical mind you have removed all impediments to removal of the bags and you think therefore the bag tank should simply and easily pull out of the large opening at the back of each side pod. No No and No again.

5) Undo and remove the fittings inside the rearmost bag tank that are accessible from the rear panel opening inside the monocoque, after of course removing the foam: 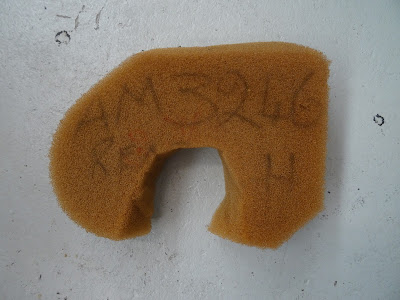 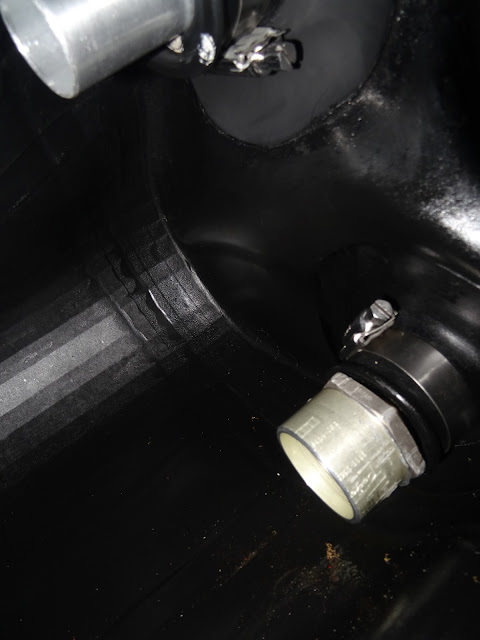 These are the fittings. Lower is a one way flapper valve that pulls out after clamp is removed. Upper is a breather pipe connecting front and rear bag tanks.
This is looking towards the front of the car. 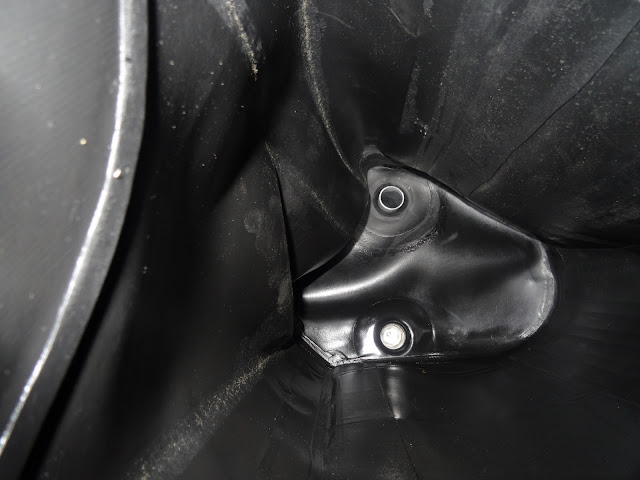 This is the view inside the front tank, looking towards the back of the car.

6) Remove the rear bag tank out the rear panel. After you have removed the one way flow fitting and then disconnected the front and rear bag tanks (Hint - the front tank has two male rubber tubes, each of which fits into a female tube within the rear tank). Next time hopefully the tanks will not be FOURTY TWO years old and thus may be more PLIABLE. 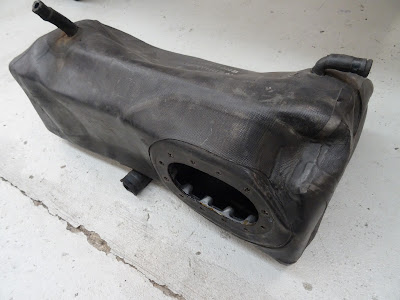 Rear bag tank - Old. Inflexible. Did not react when I shouted at it. 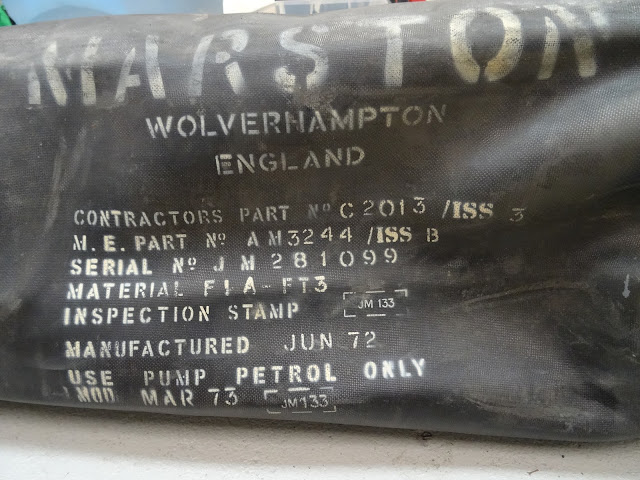 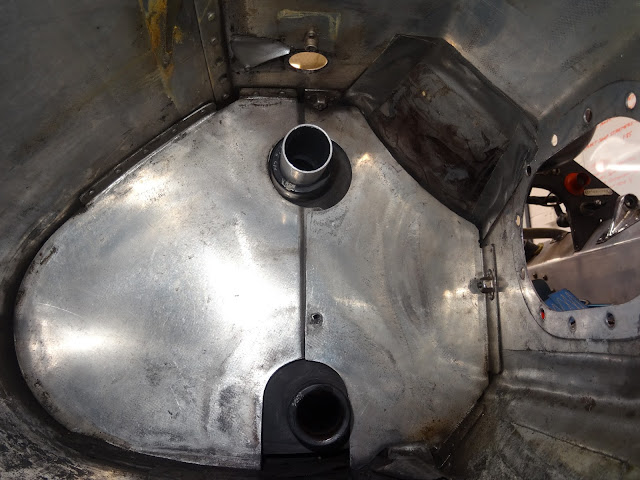 Removal of the rear tank reveals this. Half way up the cavity.

7) Remove the three screws that hold on one half of this panel. Oh, that is right, they are hidden. Where oh where you ask: 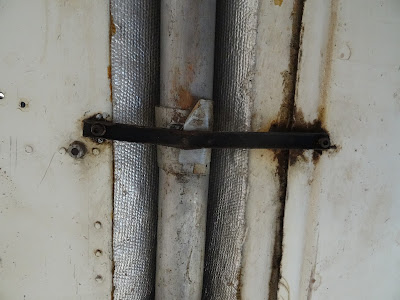 Don't despair, they are there: 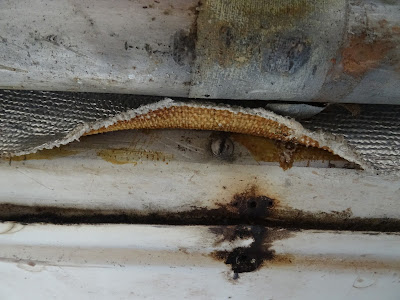 This then allows removal of part of the internal panel: 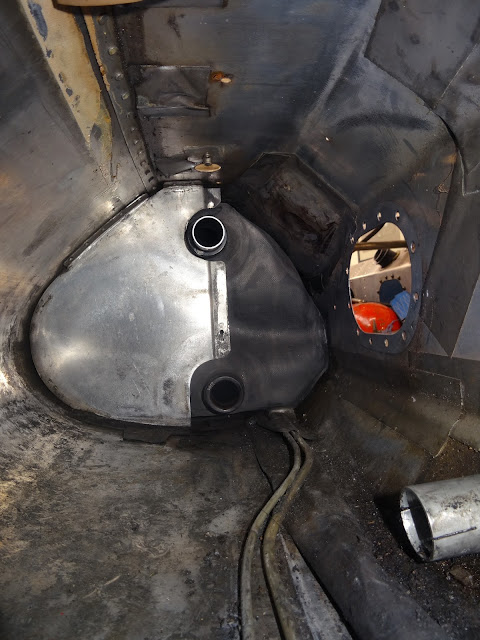 They are the brake and clutch lines running from master cylinders to the back of the car which you can see on the floor of the cavity.

8) Curse, a lot. As you struggle to fold up and drag through the FOURTY TWO year old tough and hard front bag tank through the space available past the centre panel and out the panel in the back of the side pod. 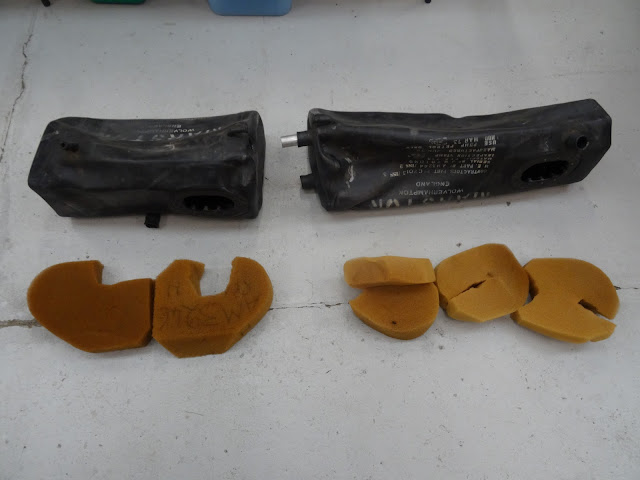 The two bag tanks from the Left hand side pod. The rear bag is on the left. 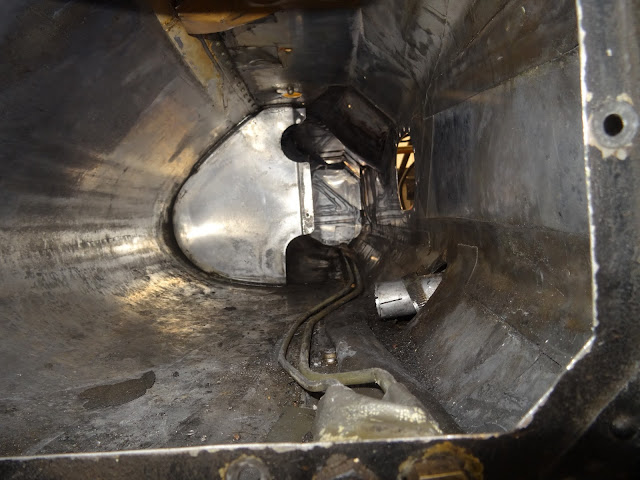 The above is the view with bag tanks removed from the Left hand side pod, looking towards the front of the car.
Posted by BRM P160E-10 at 04:14