Further dismantling of the LH side this evening. 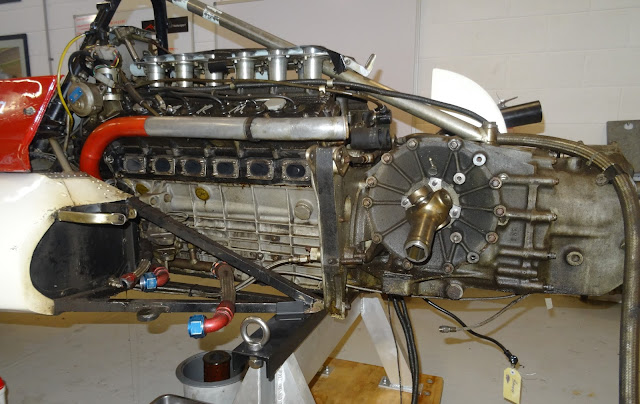 Clear illustration in the photo above of the triangulated extension frame used to support the BRM V12 engine. Cars of the period fitted with the Cosworth DFV did not need such a frame as the DFV was rigid enough to be used as a fully stressed member. 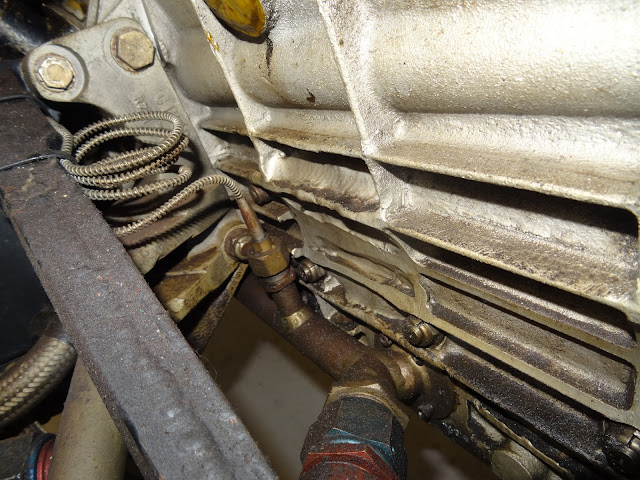 Clear evidence of a repaired hole in the block (LHS) in the photo above. 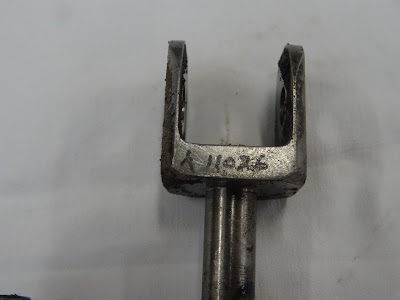 As indicated in a prior Post, there are part numbers etched on virtually everything. Was there a full time etcher employed at BRM? 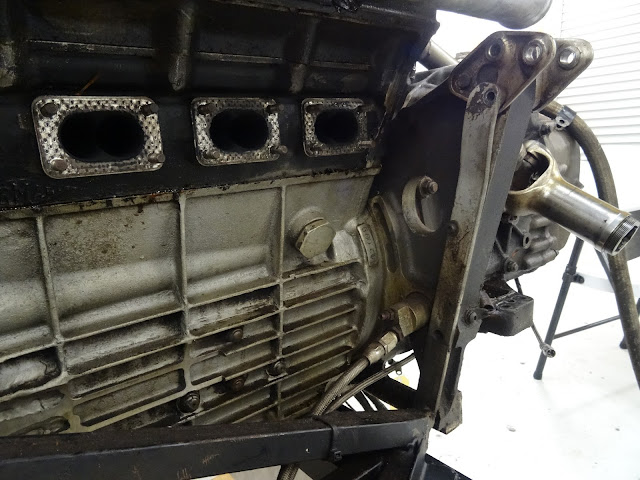 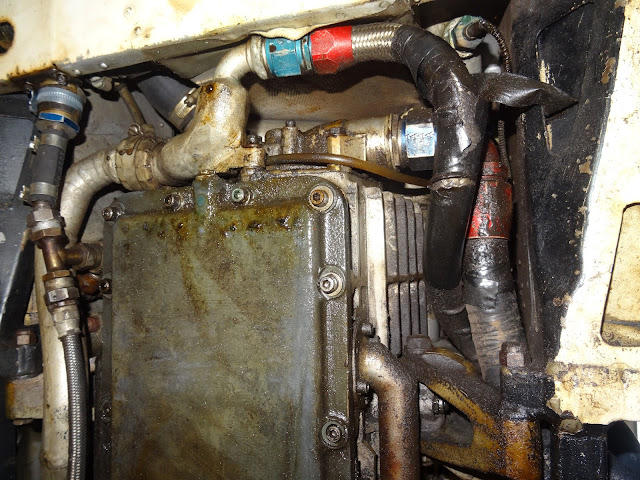 Not sure which joint is leaking but something is. 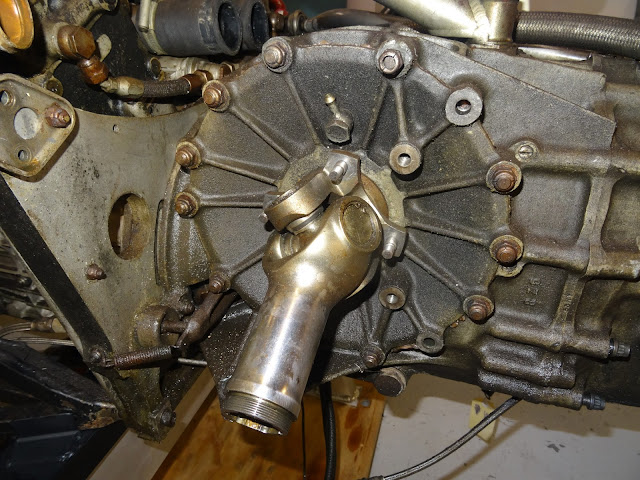 Nice gearbox casting. Interesting little breather (I presume) fitting above the drive shaft. The Adaptor Plate to the left of the photo is very substantial. Drive shafts are mirror polished forgings. Apparently other teams were interested in acquiring them however BRM elected not to sell to competitors.
Posted by BRM P160E-10 at 00:57