Took the BRM to the HSRCA meeting at Eastern Creek (Sydney Motorsport Park) in early November. Discovered that when pushing hard (somewhat harder than the prior test day session) it understeers a bit from mid corner. 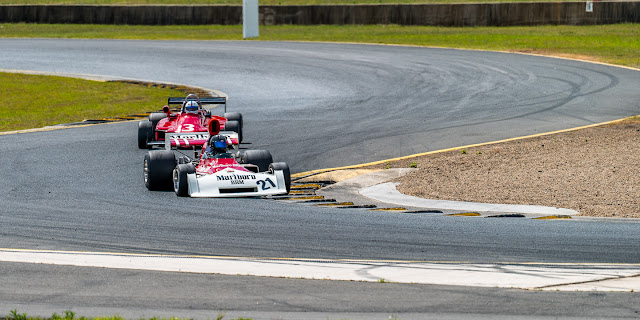 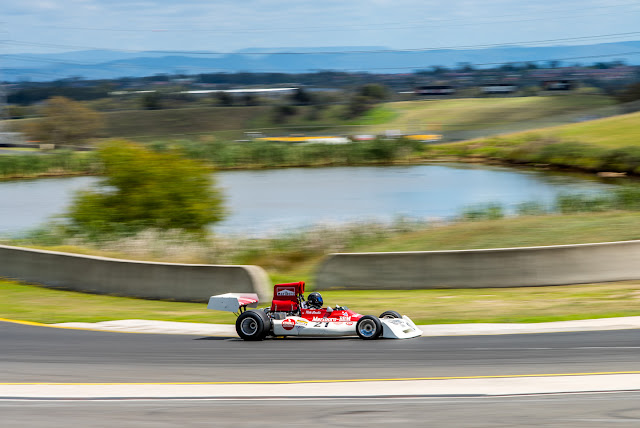 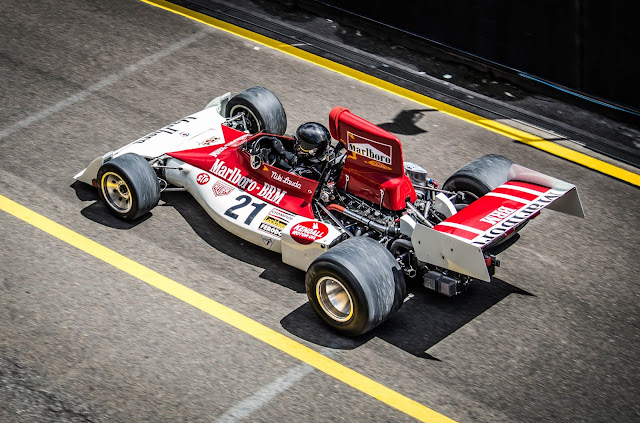 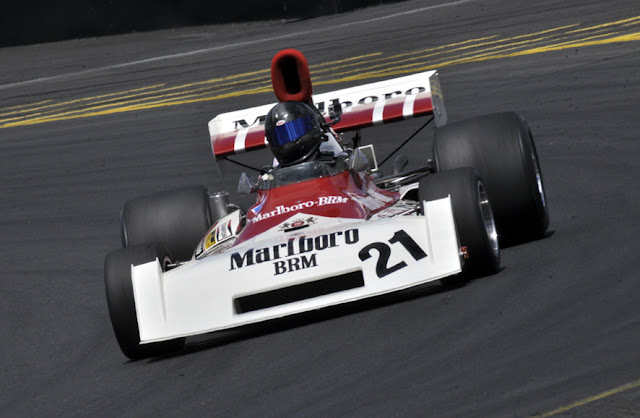 Turns in well but washes out under load. Attempted some quick fixes after each practice / qualifying and race outing such as raising rear ride height, changing bump settings, changing sway bars and adjusting toe in / out at the front which all made a difference but I have determined that I need to go up by 50 lbs in the rear springs to make a major difference, then put the other settings back to a neutral position and start over again with the incremental adjustments during another test day. There is nothing like actual competition to expose the need for adjustment.

Took the event a bit gently, 1:35 was fastest lap, used to do a few seconds under that in the Surtees TS9B but that was after a number of years of ownership and regular use. Very happy with the car's performance however and was told by a number of spectators how wonderful the V12 engine sounded.

Some photos above of the car at the meeting. Photos by Seth Reinhardt, Daniel Ferraro and Sam Snape, freelance photographers.

I was called up to the Race Secretary's office on the Sunday and formally advised that I had a problem. The car I was told is very noisy, 101.2 db in fact, the loudest of the meeting (except for a Corvette who's exhaust system fell off coming onto the main straight in the sports car event).
I will need to get it down to 95 db for racing at Phillip Island or future Eastern Creek events