Engine now almost fully disassembled. By tomorrow the cylinder sleeves (liners) will have been removed from the block and it will be completely apart. 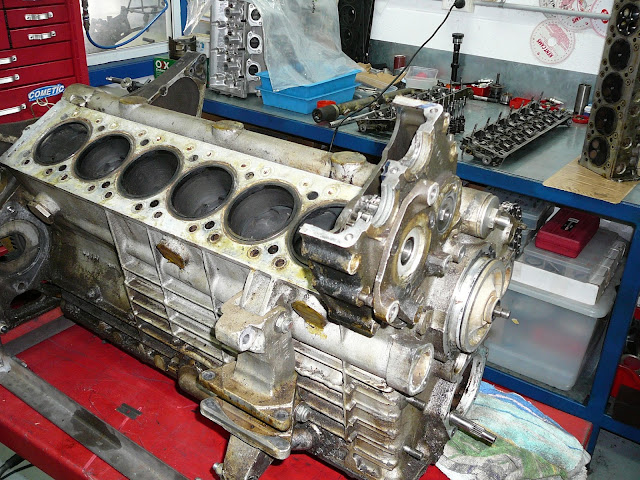 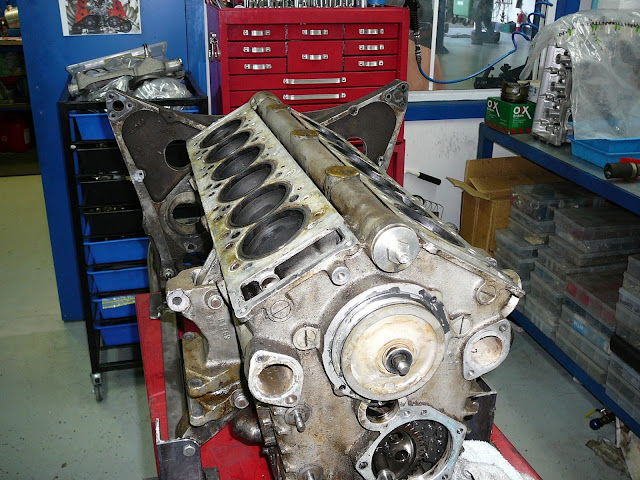 Next step was to remove the gearbox / rear suspension adapter plate (on the back of the engine in the above photo) and remount the engine on a 'rotisserie' for ease of access. 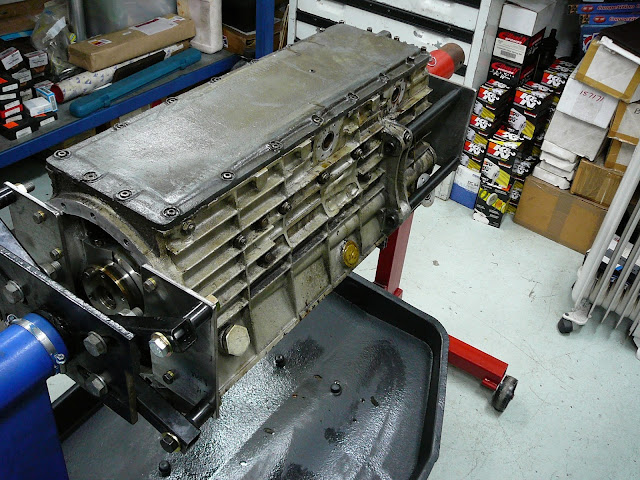 Rotating the engine exposed the plat plate sump (photo above) which had not been holed and repaired, which was a good omen. 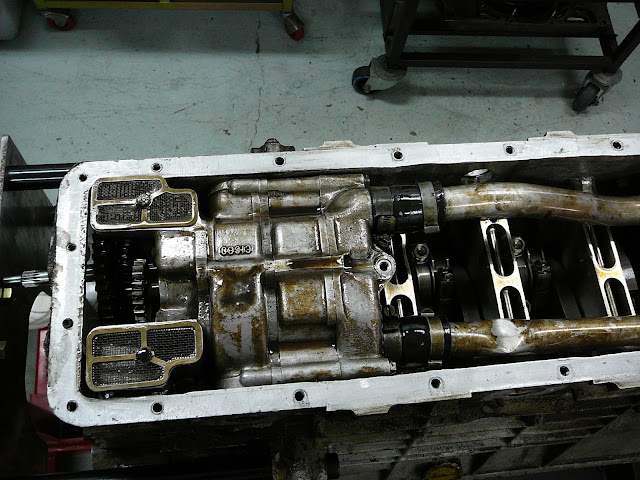 Removal of the sump exposed the oil scavenge pump. 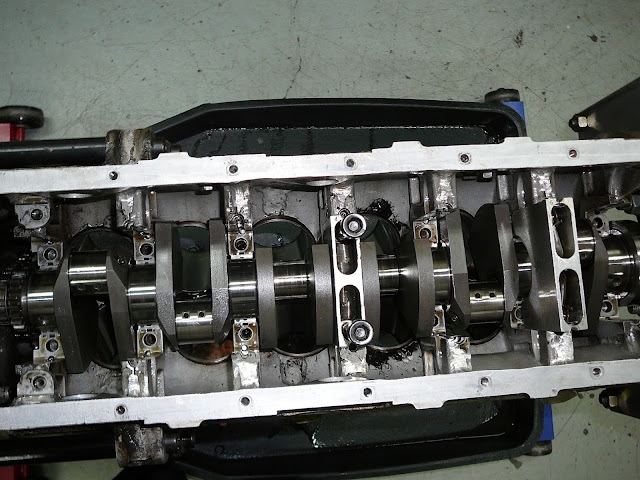 Removal of the pump exposed the Crankshaft. 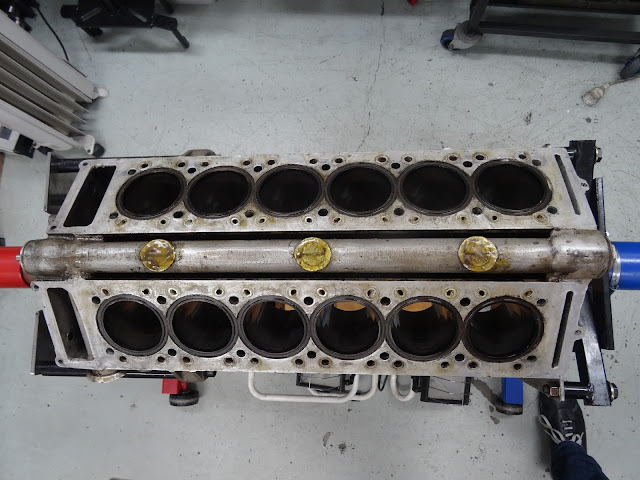 Engine stripped except for cylinder liners. 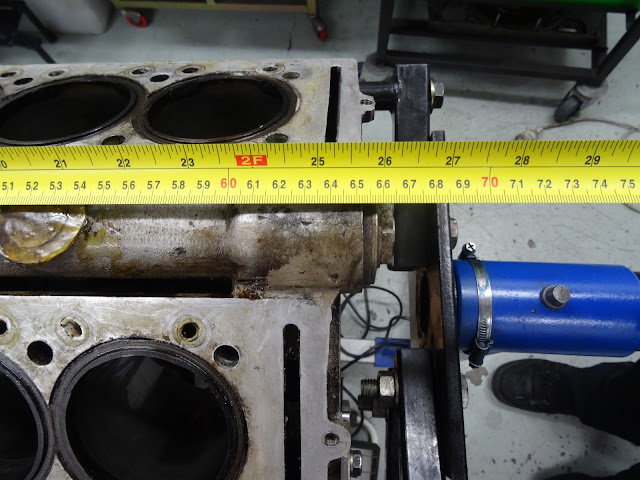 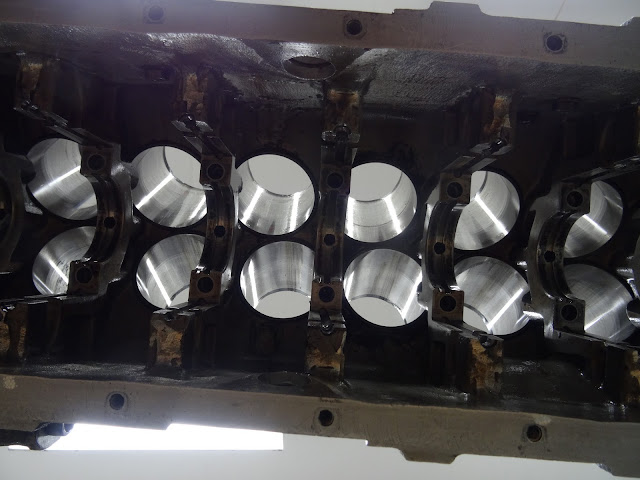 Photo above is looking up into the cylinders with pistons and crankshaft removed. 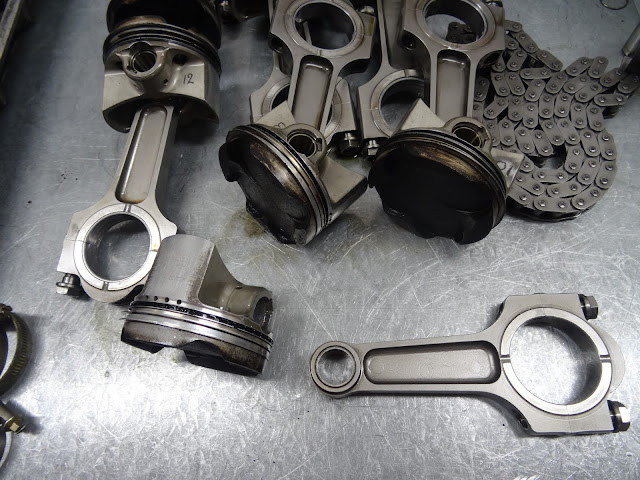 Pistons and connecting rods are small! Each cylinder is just 250cc and has very short conrods and short stroke. Rodney feels he is working on a clock. 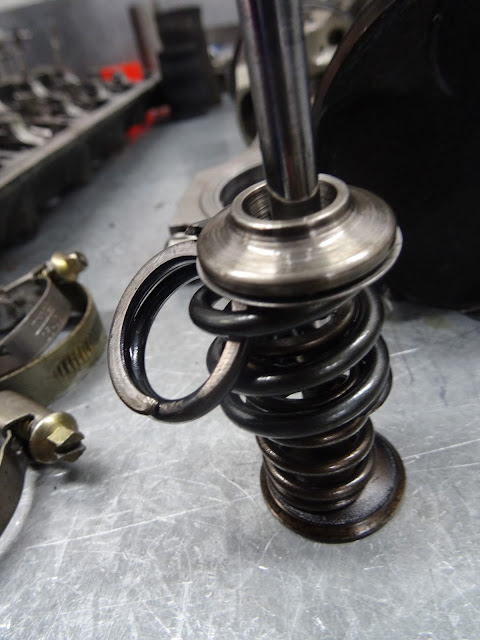 Valves are also small. There are a couple of broken springs as well. Lucky that the engine did not detonate when it was started during the pre-purchase inspection period.
Valves are totally worn out and the sealing faces are concave suggesting some pretty high revs over a long race period or over a couple of races 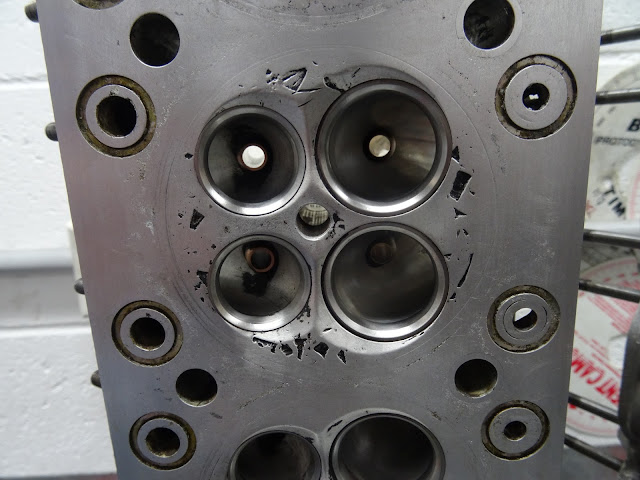 Now that the heads have had a good clean we can see that two of the cylinders have had blow ups during this engine's life with damage to the combustion chambers which has been subsequently welded up and repaired.

We will have the crankshaft crack tested but at this stage it appears to be in good shape which is good as there is no spare sitting on the shelf and a replacement costs between 8,000 and 10,000 GB pounds.