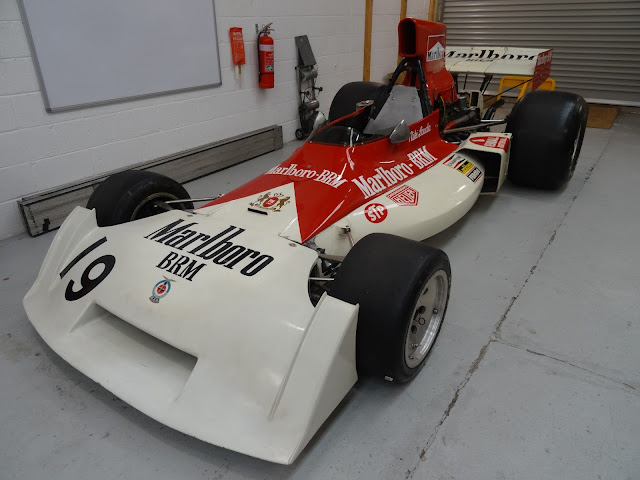 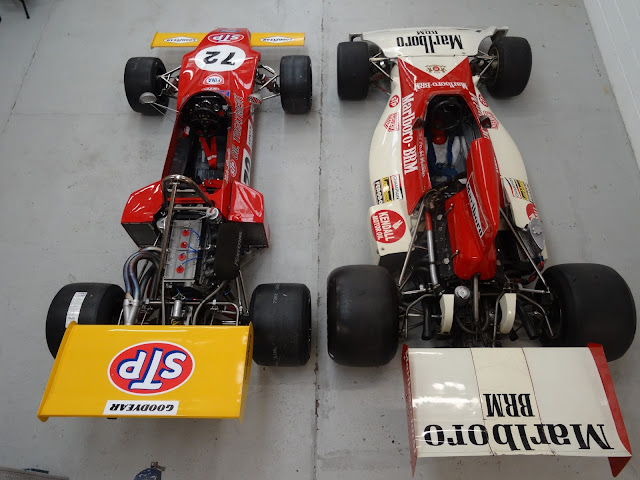 Into the workshop, new home.
Flatting with the ex Niki Lauda March 722-5. The March works Formula 2 car which Lauda drove throughout 1972 and in it won the John Player F2 Championship.
Restoration will not start until 9 June 2015 as the car will be on display at the HSRCA historic race meeting at Eastern Creek (Sydney Motorsport Park) in early June. 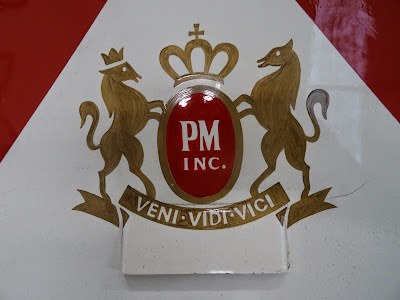 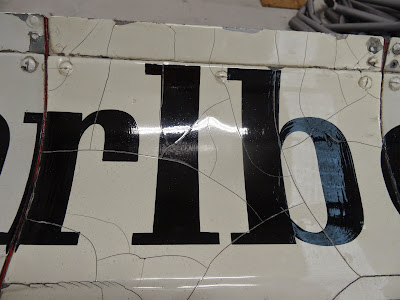 A lot of the signage on the car is hand painted.
This includes the Phillip Morris logo (owner of the Marlboro brand in 1973). 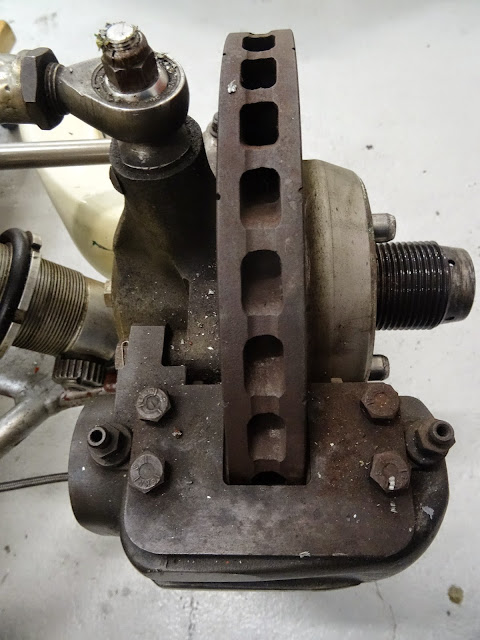 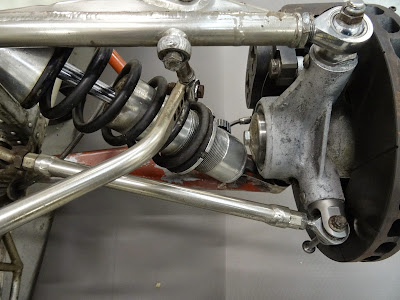 A light dab of degreaser can do wonders. 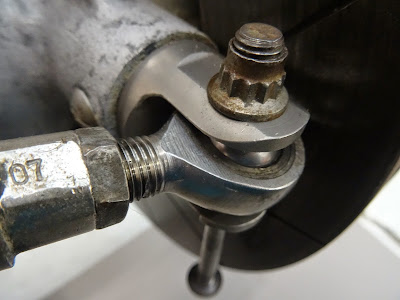 And reveal titanium, Which is used extensively in the P160E's apparently. 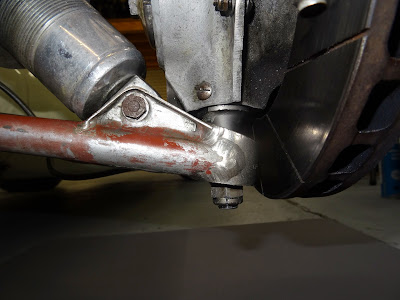 And reveal cadmium plating under silver paint (with red undercoat).
Apparently finances at BRM were getting pretty tight by 1974. 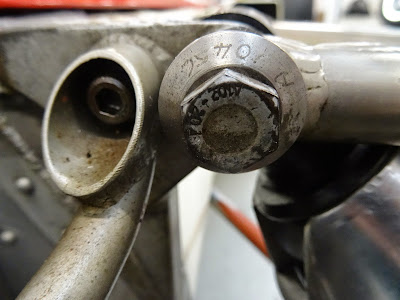 And also reveal that all part items, even down to washers and spacers have individual etched BRM part numbers. To facilitate on-line ordering from Amazon perhaps? 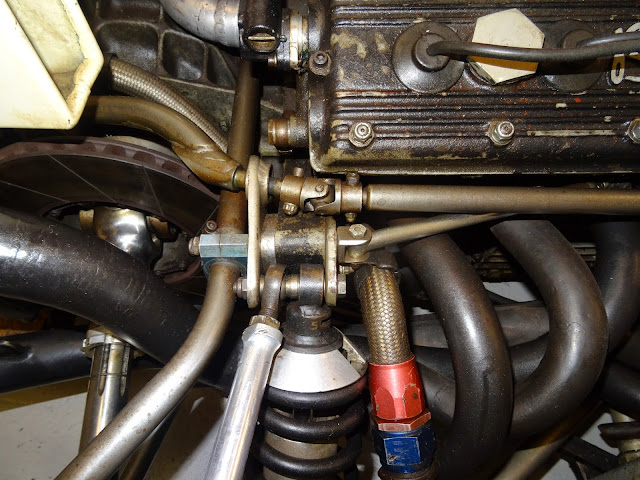 Now what normal sane person would not consider the above to be beautiful.
To quote Rick Hall, "Very few people realise how special these (BRM) cars are" 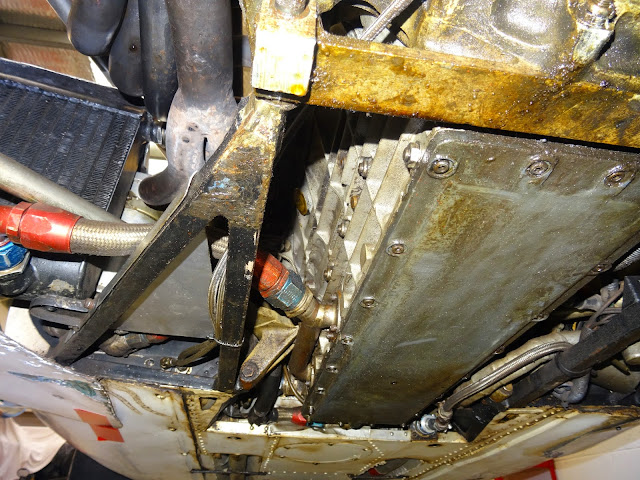 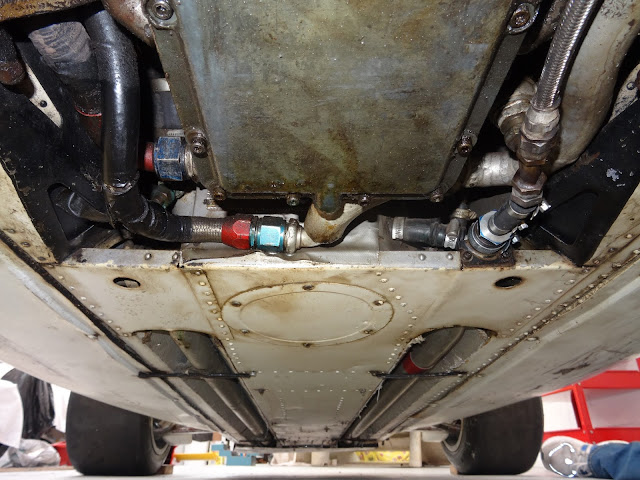 The underside - water pipes running to the front mounted radiator and flat sump.
A bit grubby but it will look beautiful after a bit of cleaning and attention.
There is evidence of repairs to the block on the LH side in the top photo, just above the oil pipe fitting, Rumor has it that there was not a single V12 block that did not suffer from a broken rod poking a hole in the side. Revving to 11,000 rpm on an ongoing basis would be stressful. 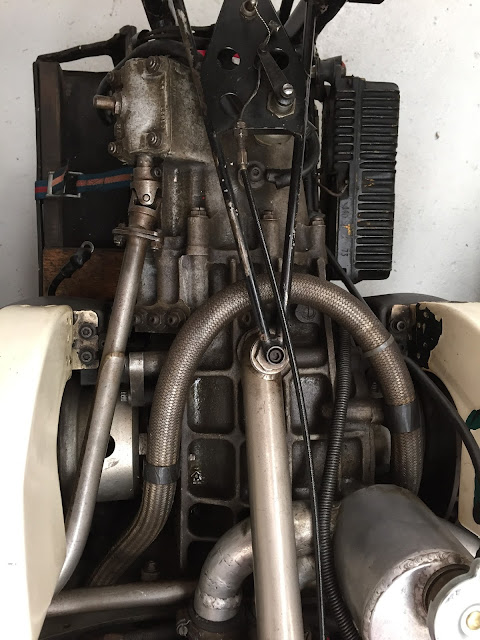 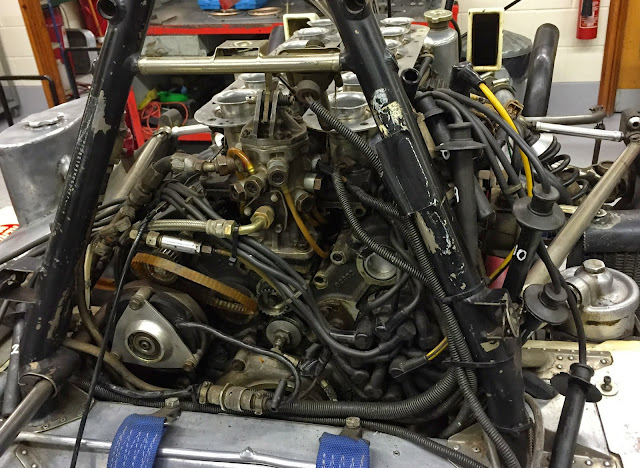 Only a very very committed engine builder could love a face like that. 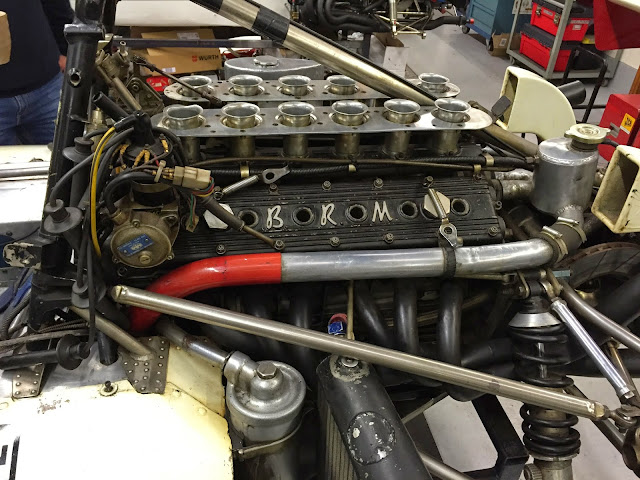 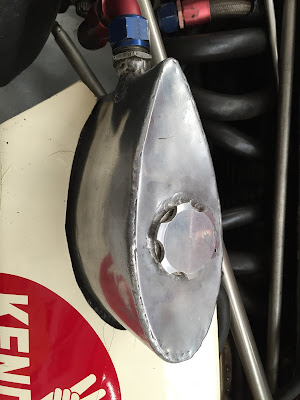 Aerodynamic oil tank. The oil tank was relocated from under the wing to the RH side in the 'E' version of the P160 in late 1973.