A quick look over the Electrical system indicates it is generally as expected although there are a few items that reflect the 1973 originality of this particular car. 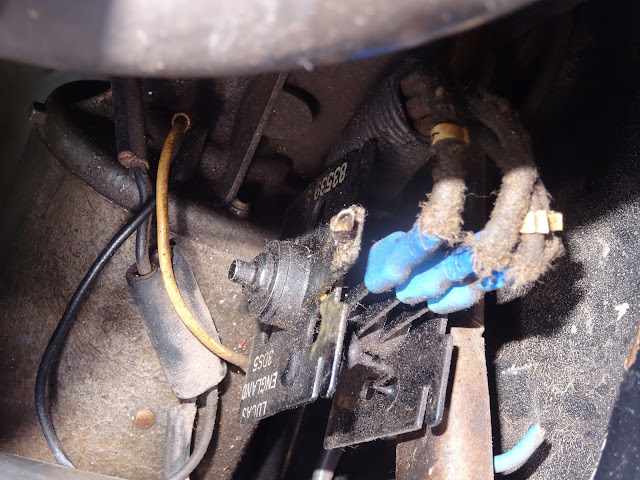 Nice that they installed a crystal radio for the driver to listen to the BBC during the race.
Ok, not true, it is a rectifier. 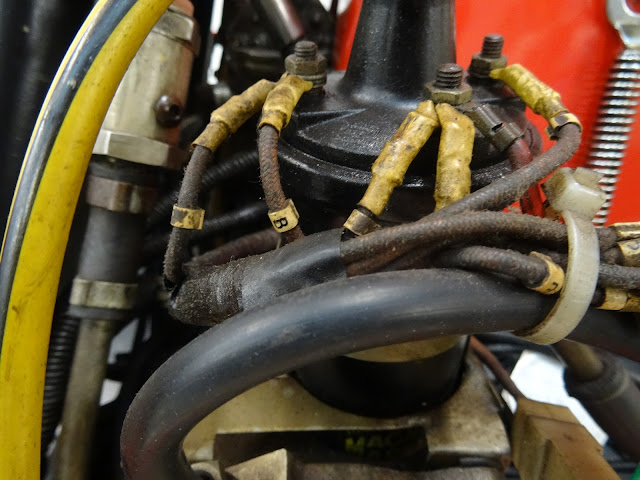 Unfortunately the wires are all the same colour. Fortunately every wire has a letter code.
Must record these during dis-assembly. 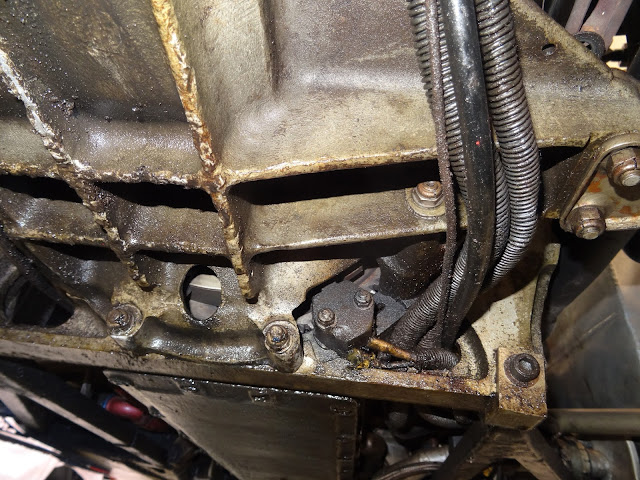 The oil coating is to prevent water shorting the circuits I presume. 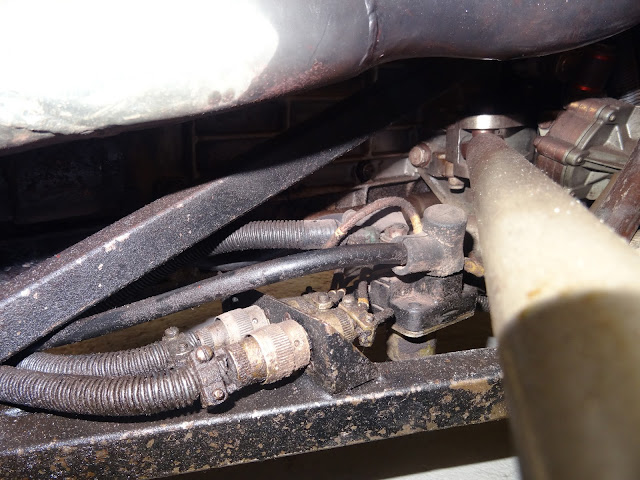 Connectors for quick engine changes!
Not that this will be needed of course - after Rodney and Phil have rebuilt it!
However if anyone has a spare BRM Type 142 V12 please call. 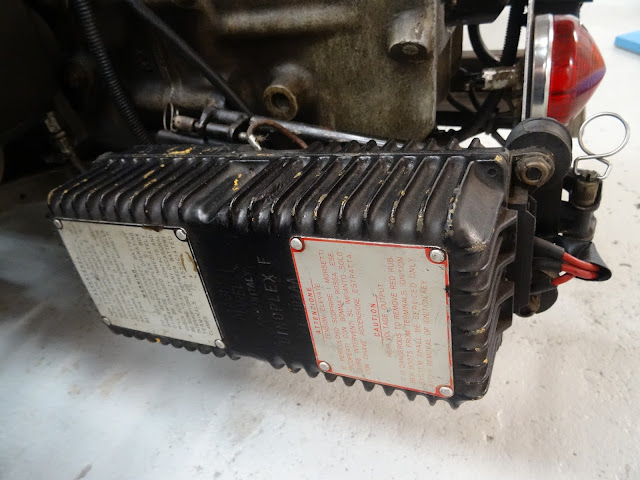 Original Magneti Marelli Dinoplex F spark box - made in Italy
It still works but I notice it is mounted via quick release connect pins. 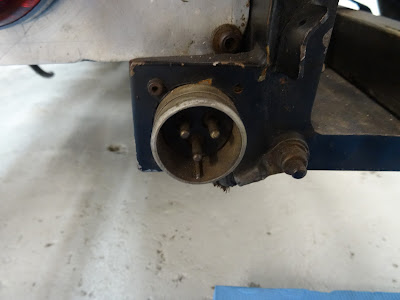 Original military style jump plug connector. To keep with the originality Rick Hall advises he is able to supply a corresponding terminal to connect to the jump battery.