So there has been a small setback but all fixed now. Unfortunately however the Superior Automotive Services Dyno is now undergoing a very very major upgrade so it will be another week or so before we can do proper power runs.

When we first started the car and had it running it soon became obvious that there were 5 cylinders of the 12 that were not running properly as the exhaust pipes for these cylinders were not heating up to the same temperature as the other 7 and the engine was not as smooth and crisp as expected.

There was a bit of frantic checking along the lines of:

At this point I was overseas for work and Rodney started doing some testing in earnest. What he discovered when running the metering unit on the test rig (but with the fittings and lines as used on the car not the test rig fittings) is illustrated in the photo below.

This photo only shows the results of 8 of the 12 cylinders but it can be seen that after running the metering unit at the equivalent of 3000 rpm for 50 seconds some cylinders were being fed twice the amount of fuel as others. It was these high fuel cylinders that were not running correctly. 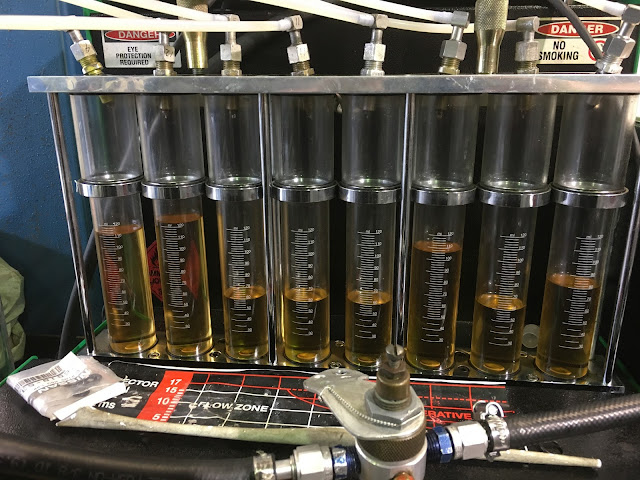 What Rodney eventually discovered was that some of the new sealing rings on the banjo bolts (delivery valves) were not seating correctly despite being new. It almost appeared there were some different size o rings in the pack (metric??). This allowed fuel to sneak past and bypass the fitting in order to leak through to the injector lines. As the fuel pressure in the metering unit is at a constant 120 psi it does not take much of a poor fit for the fuel to bypass the seals. 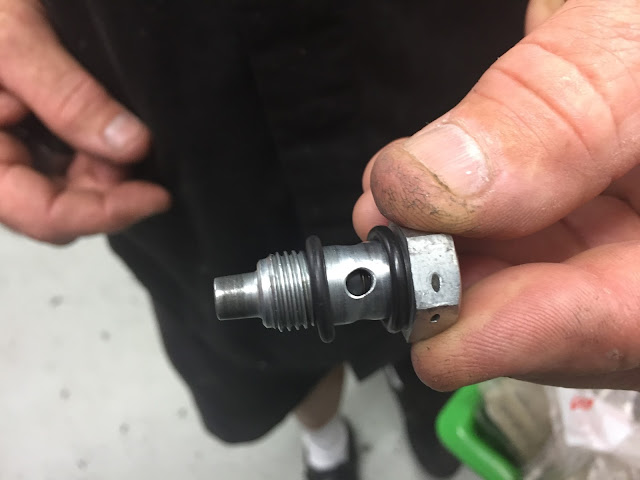 After correcting these and rerunning the simulation we now have equal fuel mix on all cylinders (see photo below). 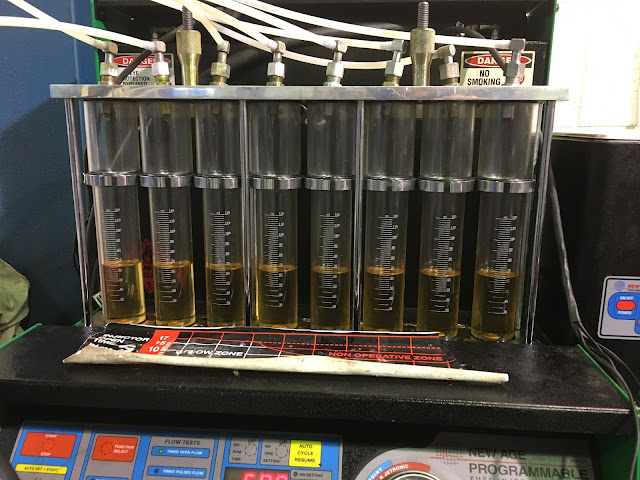 The engine was subsequently restarted when I was away and ran well and evenly I am told.
Now just need to cool my heels for a week until the new dyno rig is finished and the engine can be properly tested with some power runs.