Having now learned a bit from disassembly, it has been a lot simper and easier to reinstall the engine and gearbox. Relatively speaking of course as it did not stop me whacking my head and drawing blood however much progress has been made. The time consuming bit lies ahead which is fitting the fuel, water and oil lines and mounting all the suspension, brakes and and other components however I am looking forward to this phase of the rebuild. 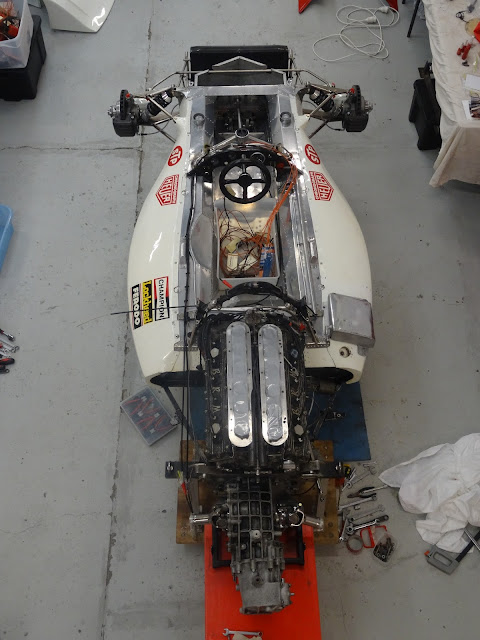 Step one was to have the engine returned from Superior Automotive Services, it is mounted on a frame I made for transporting in the photo below. 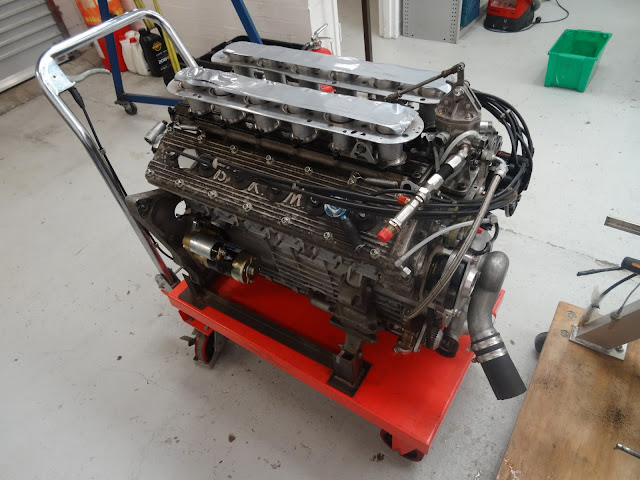 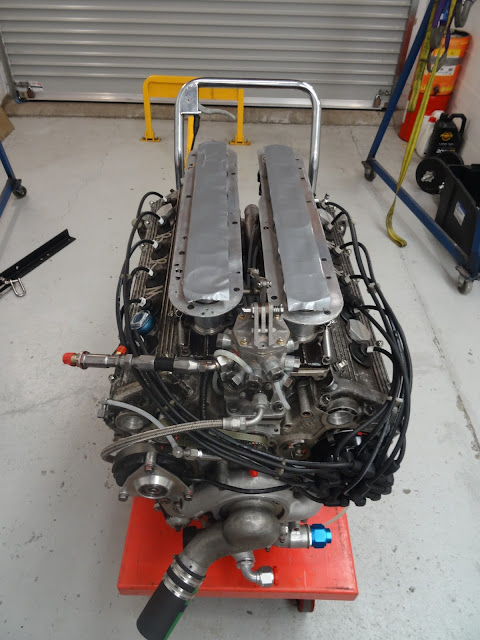 Step two was to finish all prep work on the chassis in respect to fuel and water lines that are inaccessible once the engine is installed. 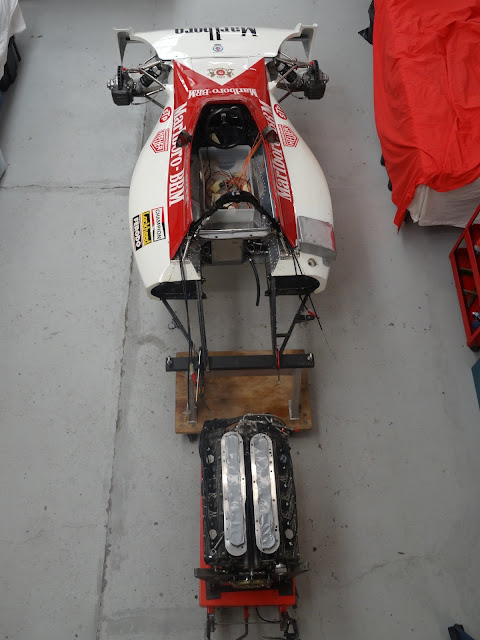 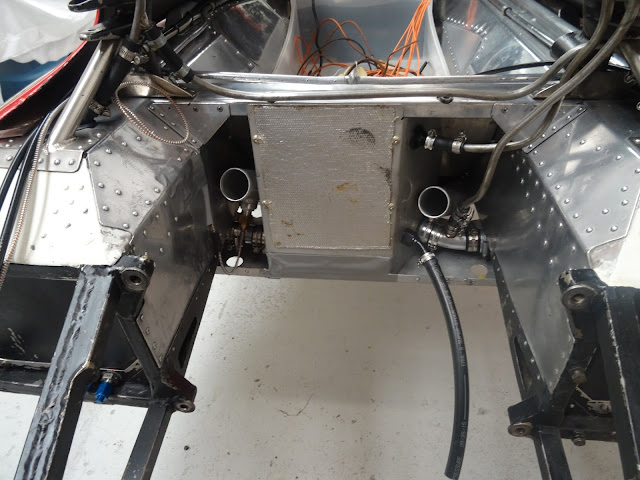 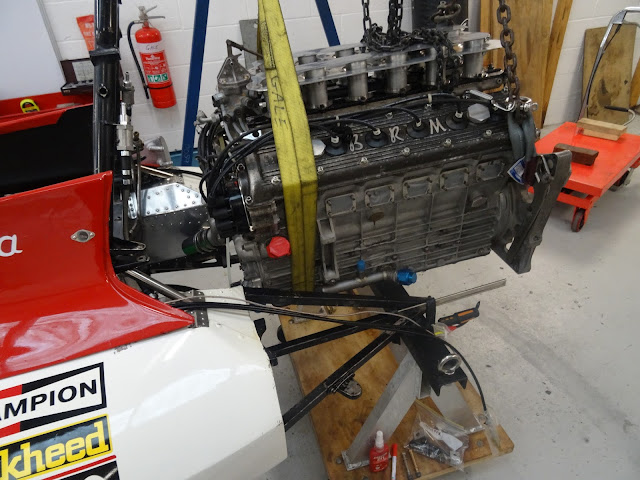 Then when it is in position the side mounting brackets are bolted back on to the engine and these are then bolted to the chassis frame. 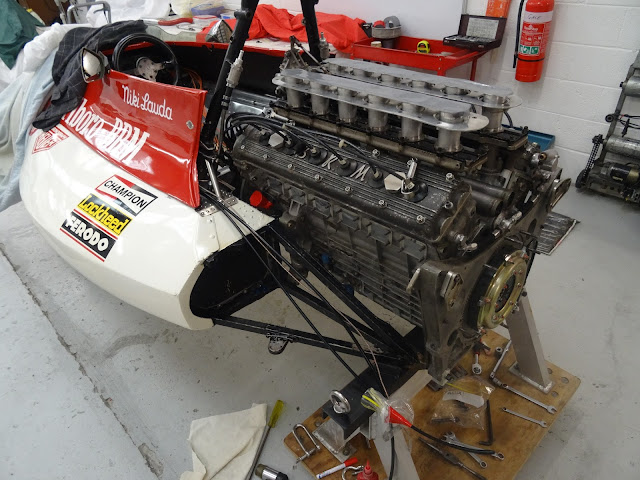 When the engine is secured the gearbox is then lifted and slid into the correct position and bolted onto the back of the engine. 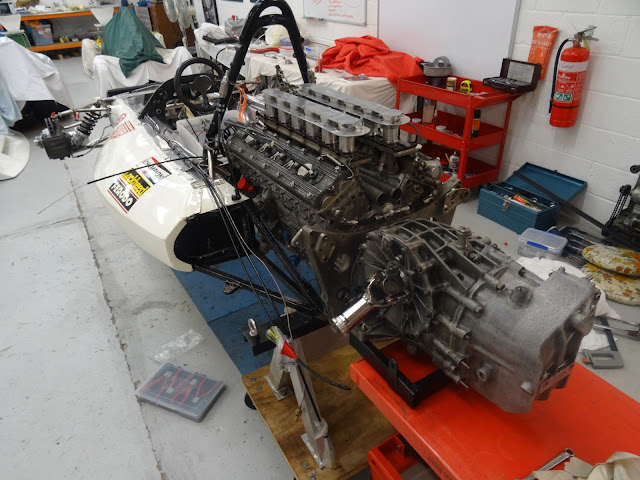 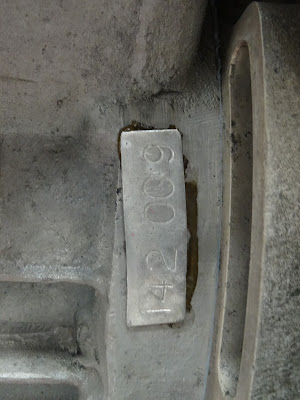 Next step being to install all components and suspension plus fuel / water and oil lines.
As can be noted, I have not resprayed or touched up any of the chassis as I am keen to retain as much of the original patina as possible. As seen in the photos above, the engine (and gearbox) looks a bit worn on the outside, but is very shiny and new on the inside. 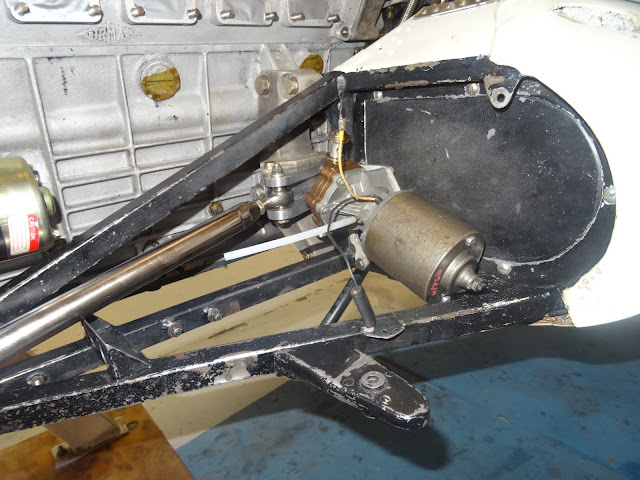