So, we are approaching Christmas and for whatever reason clients seem to panic and want things finished in a great hurry. So not much time spent on the BRM for the last few weeks.

Engine - Hall and Hall have been able to ship us some new parts including conrods, valve springs, some gears and timing chains. Dean has advised he is also about to send new pistons and new liners. Rodney is arranging manufacture of new valves, valve guides and a few other items. I am hoping that January will see the a commencement of the engine rebuild. 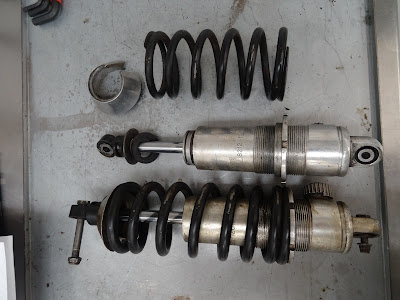 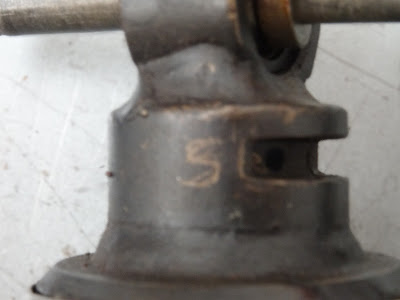 The shocks and springs have been disassembled, the shocks to be sent to Melbourne for testing and checking over and the springs I will take to Eibach to test and tell me what rating they are. I noticed that the sweep adjustment was scratched into the paint on the front and rear shocks (5 sweeps on the rear shocks and 7 on the front). 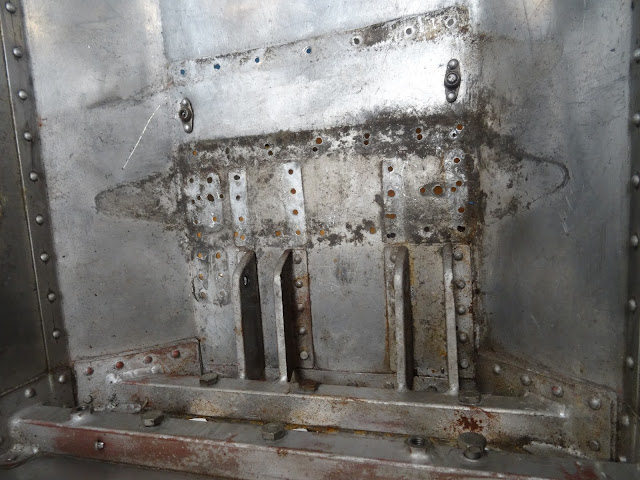 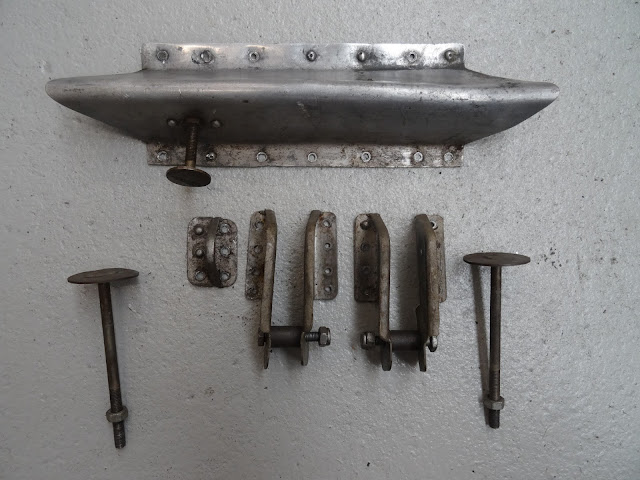 I have removed the extension pieces for the pedals and so (after cleaning) I can fit the pedals in the second pre-drilled position (the taller driver position). 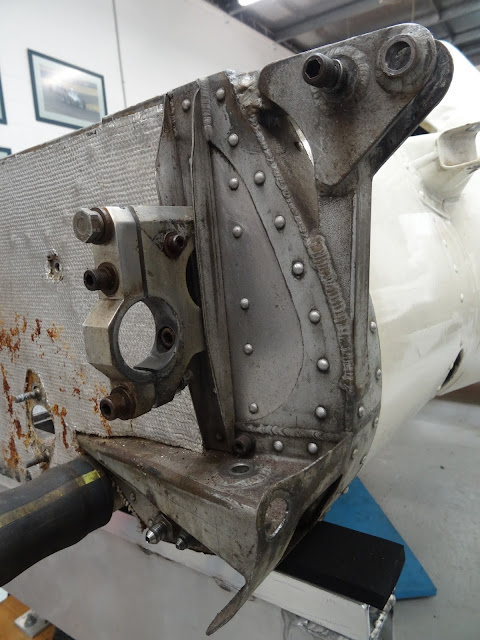 There is no real reason for including the above photo except that I liked the mix of curves and shapes. No right angles in this BRM. 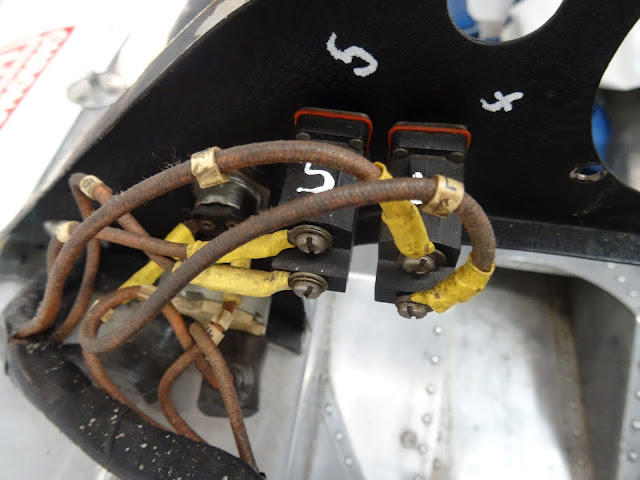 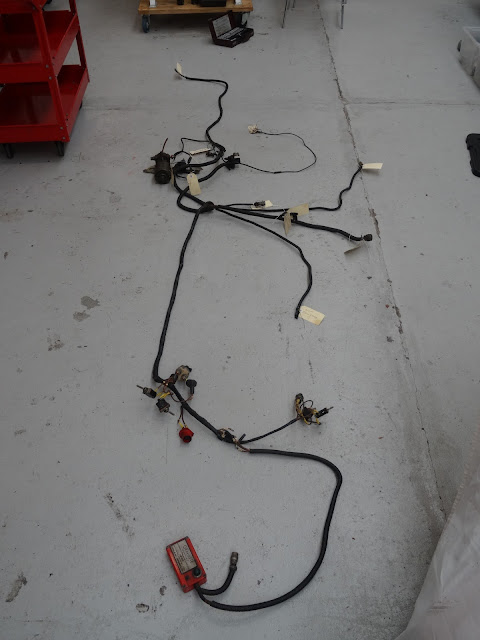 I have removed the wiring loom. Although all the wires are the same colour they do have little letter identifiers, the wires to the light switch have 'L' for example and power supply wires are coded 'P'. 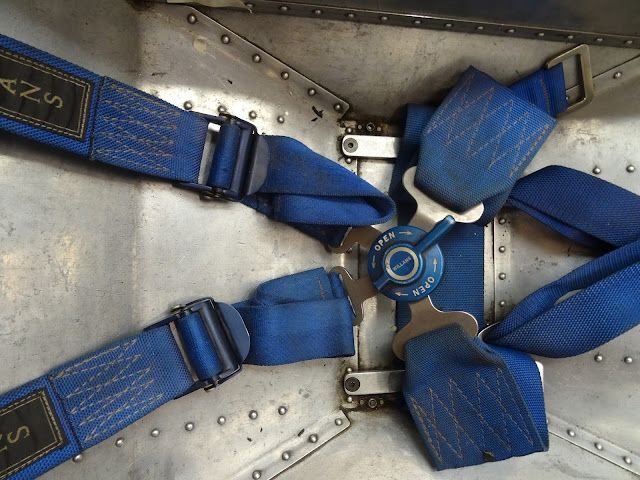 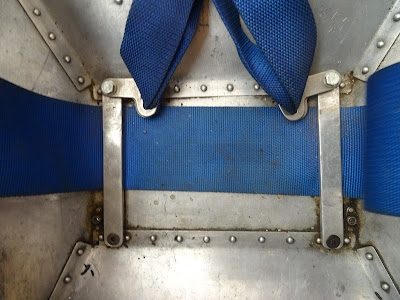 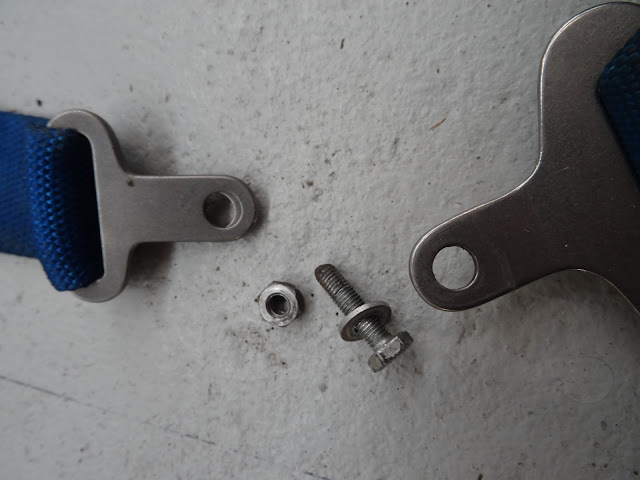 The seat belts are now also removed, The manner of affixing the waist belt to the chassis is interesting (middle photo) and the bolt affixing the RH side of the belts was a surprise as it was full thread and the thread was stripped. Every other bolt on this car has had perfect shank length and clearly fit for purpose so this one is unusual. 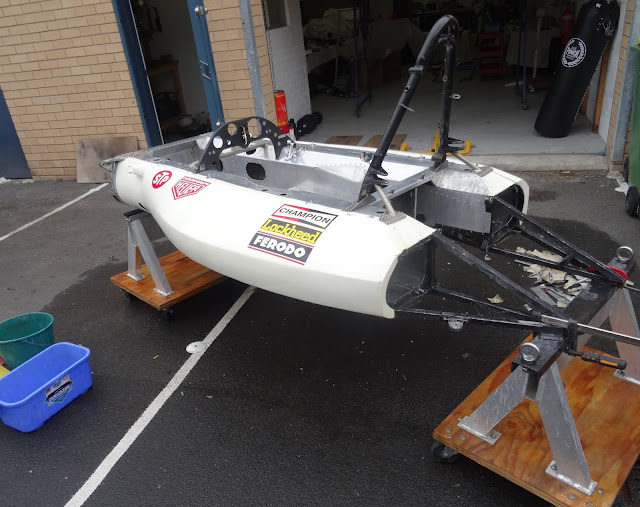 If anyone had suggested to me that one day I would be washing a F1 BRM tub with soap and water I would had laughed at them. 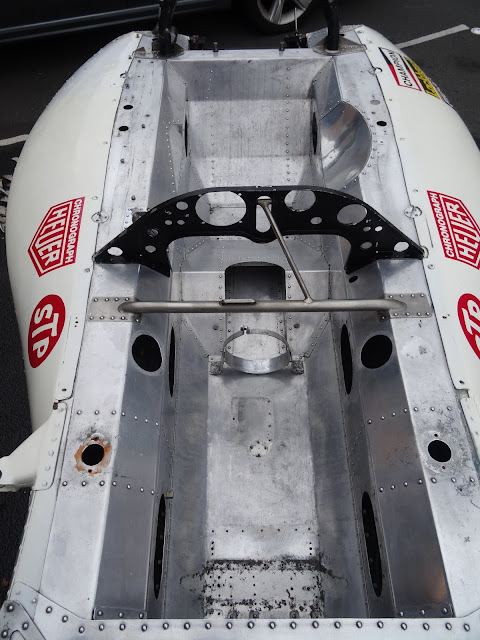 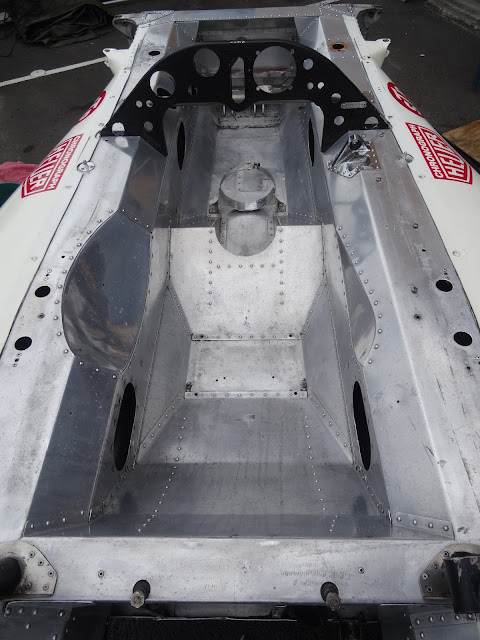 The tub does look a look cleaner after a bit of soap and water however. 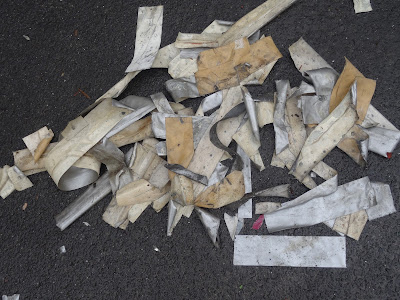 Pile of silver race tape removed from inside the fuel bag spaces on either side of the tub, used to cover sharp edges such as rivets and nuts so they do not cut the fuel bags. 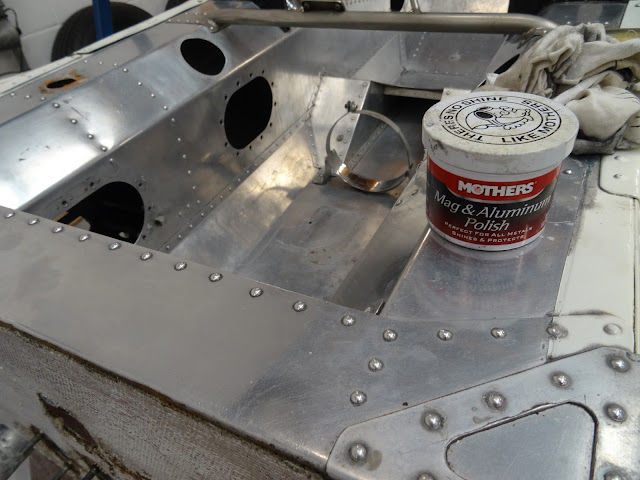 So before I start to reassemble the front end back on the tub there is just one small job to be done to all the aluminum surfaces. At least I won't be bored over Christmas.