Some further gearbox assembly progress made with assistance from Garry Simkin however proceedings have now come to an unexpected halt. 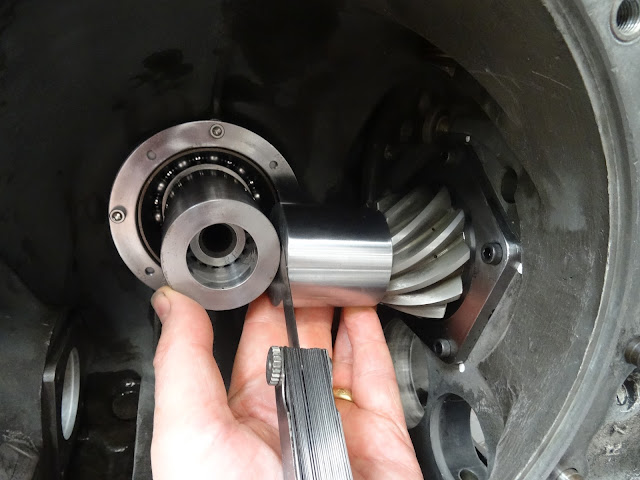 A new Ring and Pinion (and new bearings and new gear ratios and new seals and new pretty much everything) are being fitted. Photo above is checking the Pinion Height using a couple of specially made setup tools. Garry Simkin and I did a few incremental adjustments of the spacer (with Crawford shaving a few thou at a time off the spacer) behind the Pinion head such that when the box cooled down to 20 degrees C it was an exact distance of 4.440" to the axle centre line (the measurement etched on the Pinion head). 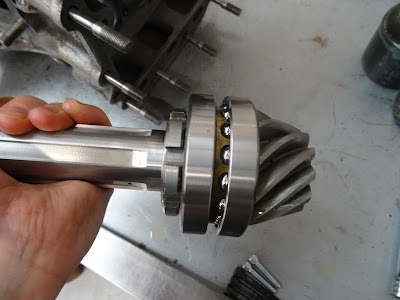 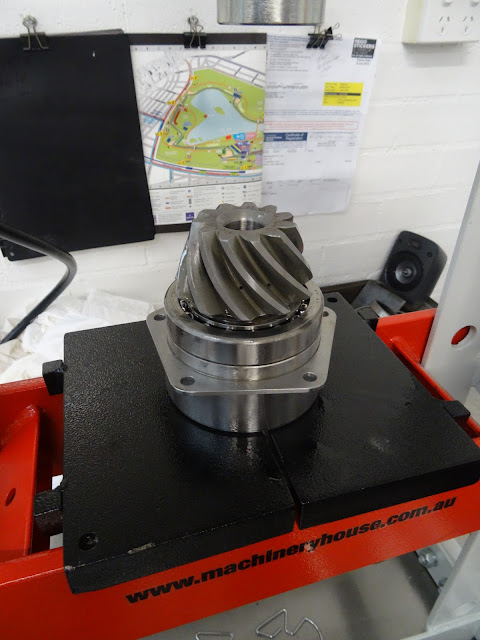 New Pinion and bearing was then press fit into the new bearing holder. 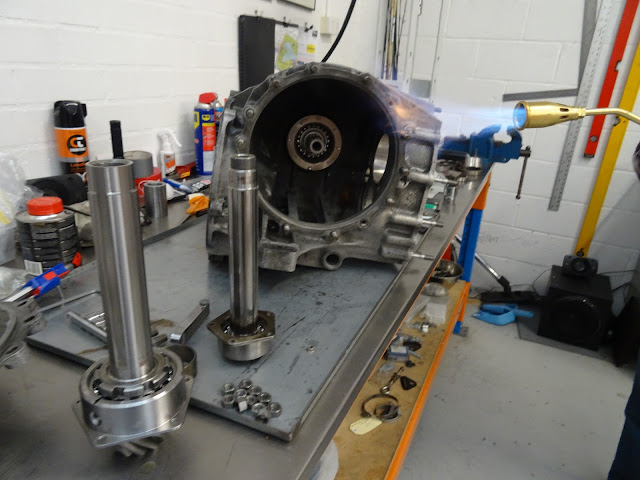 Next step begin to heat up the case in order to fit the Pinion shaft, Layshaft and a few other items such as gearbox oil pump and idler gear assembly. Best to do this all in one go as locktight does not like being heated up and therefore a single heat and assembly is required. 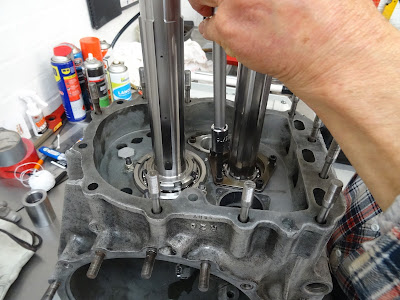 Installing items and fitting screws (without locktight) whilst the case is hot.  I only burned myself once. Screws are removed and replaced using Locktight when all had cooled down and the case has shrunk fit around the various assemblies. 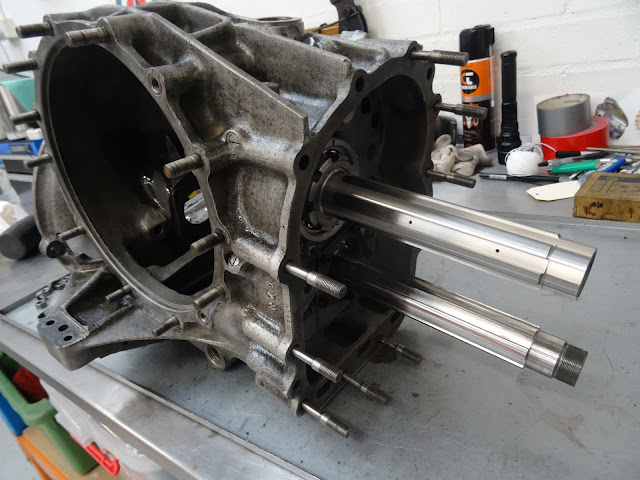 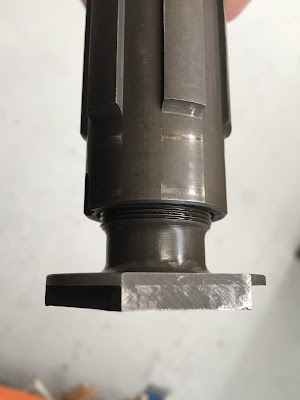 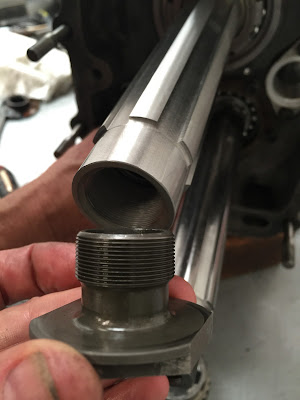 A problem arose when we started to finalise the assembly and mount gears etc and then attempted to screw in the retaining nut at the end of the new Pinion shaft.
I had purchased the new Ring and Pinon from Hall and Hall. It should be identical to the original.
Unfortunately the original pinion nut (BRM part number A9310 etched on it), which screws fine into the old pinion, will only screw in a half turn into the new pinion before jamming solid.

We suspect there is a problem with the thread in the new pinion shaft. Most disheartening.
Hall and Hall have undertaken to send me a new nut. Hopefully this will screw in!
So the gearbox is now put to one side to await this part from Hall and Hall.