Thank you to those readers who have sent me some feedback or thoughts on the Blog. Much appreciated. So to respond to a few of these:

Yes, sometimes dismantling key components (gearbox & engine in particular) does involve educated guesswork as there is a distinct lack of BRM racecar expertise in Australia. A recent example being the removal of the large Layshaft and Pinion nuts on the gearbox gear carrier shafts, illustrated in the photo below; 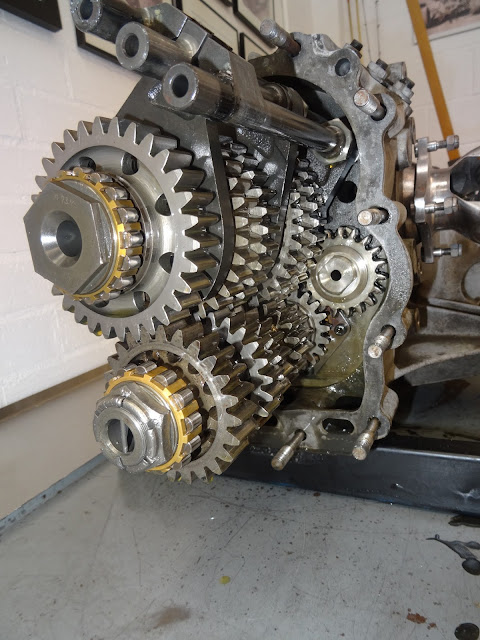 So without the gearbox assembly drawing Garry Simkin and I figured that the threads on these nuts would be - RHT on the Layshaft and LHT on the Pinion, similar to a Hewland box. So, with my new fancy 3/4' drive socket we first attempted undoing the Layshaft nut with the 450 mm long bar below that Garry normally uses for Hewland boxes. 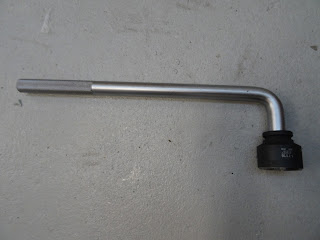 The nut refused to budge, so after confirming and rethinking our logic on the thread direction and reinspecting to see if we could spot another securing mechanism other than the split pin we tried again, this time with my 950 mm long breaker bar; 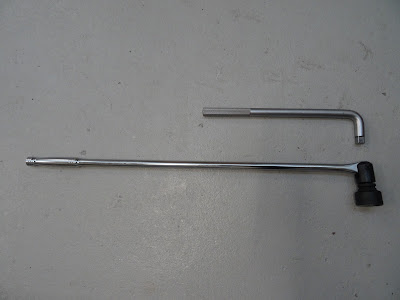 This did not shift it either and we were worried about applying too much force on it lest it bend any of the gearbox internals. So, after again conferring on the thread direction and staring at it a lot, Garry busied himself with disassembling the limited slip diff with one of Crawford's newly made special BRM jigs and I popped into Sydney Power Tools and bought a Milwaukee (made in the USA) 3/4" drive high impact torque wrench with a 5,0 Ah battery. Most powerful available. Weights a few kilos, felt most impressive. 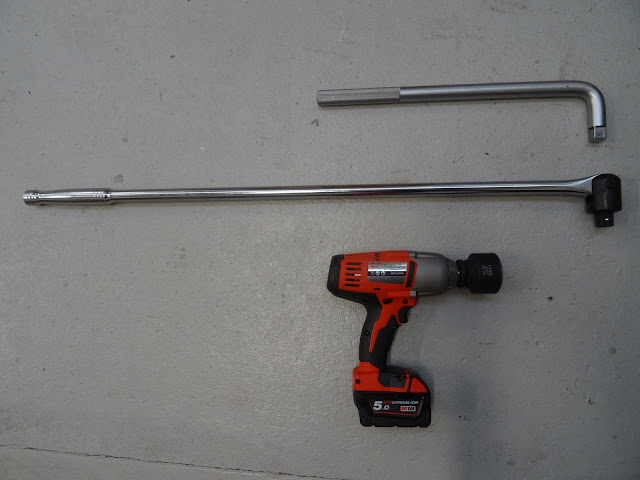 One pull of this baby's trigger and each of the nuts spun off without further resistance.
Glad we guessed the correct thread direction however or it could have ended badly.

Happy to provide further comparisons with other racecar parts where I can. As we are disassembling the gearbox at present, some comparisons of the gears in the BRM made gearbox versus Hewland gearbox (used by most other Formula 1 teams in the 70's) is possible. 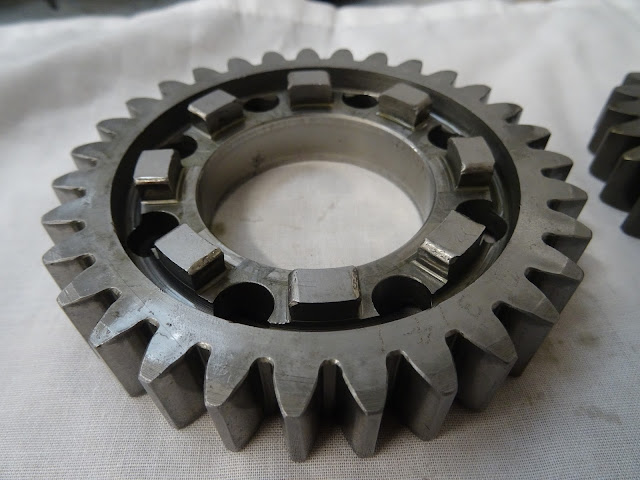 The above is the 5th gear from the BRM box. As can be seen it has been drilled to reduce reciprocating mass (add lightness) and has wide teeth, tall dogs and the dogs are virtually recessed within the gear body.
The gear above is quite worn and the leading edges of the dogs have all been rounded off. 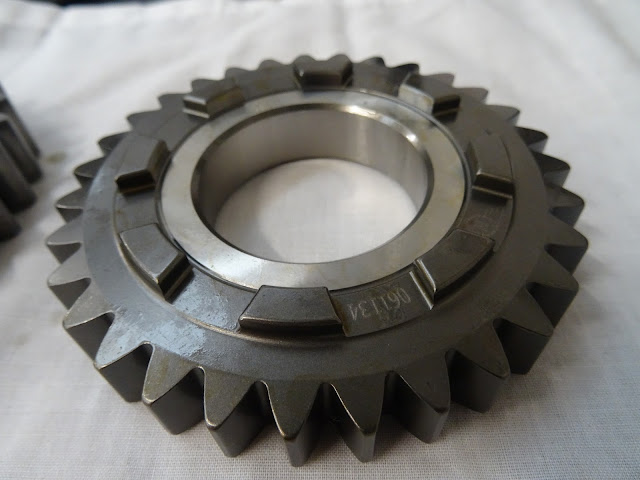 The above gear is a Hewland which I used in a prior F1 car and other than it being not so worn, it is not drilled, the teeth are not as wide, the dogs are squatter and the dogs protrude from the body of the gear. 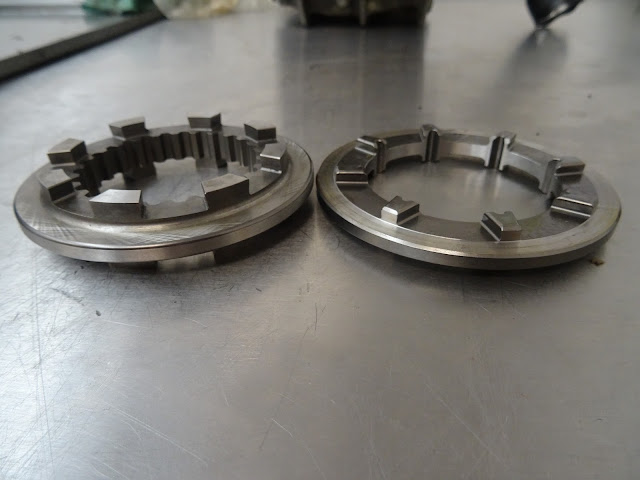 The above photo is of the corresponding dog rings, on the left is the BRM and the right is the Hewland. 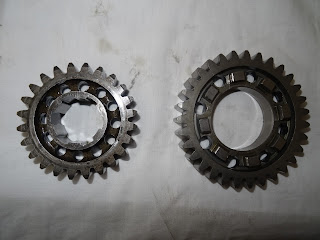 The above is a photo of both the Layshaft and Pinion 5th gears for the BRM. Both are drilled.

Will I repaint the car or not? - I have not decided as yet and I will see what a bit of polish does to the existing faded bodywork colour. I have sought advice from the UK (Bourne) based BRM Association membership regarding a few matters including the surface finish on the gearbox casing and the extent of hand painted sign writing of sponsorship logos which will assist in this decision. I am hoping there will be a response from someone who used to work on this car or for the team in the early 1970's.