This engine removal took a bit longer than I thought it would.
With the tightly packed water, fuel and oil fittings it was also a bit tricky and fiddly.
I suspect the refitting will take a lot longer.
Bolts that had not been undone since 1974 also slowed proceedings in a few instances. 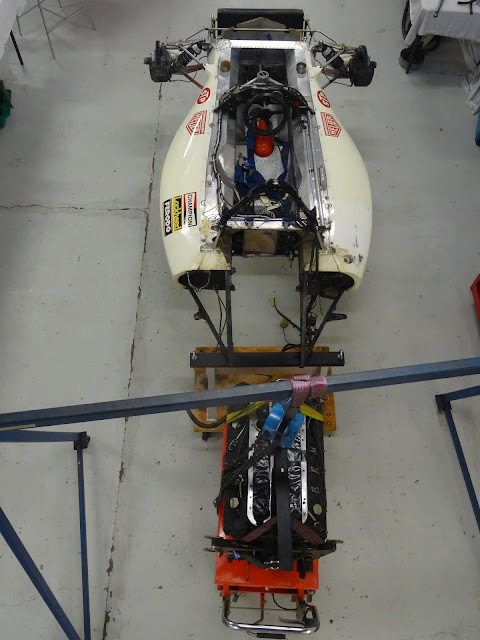 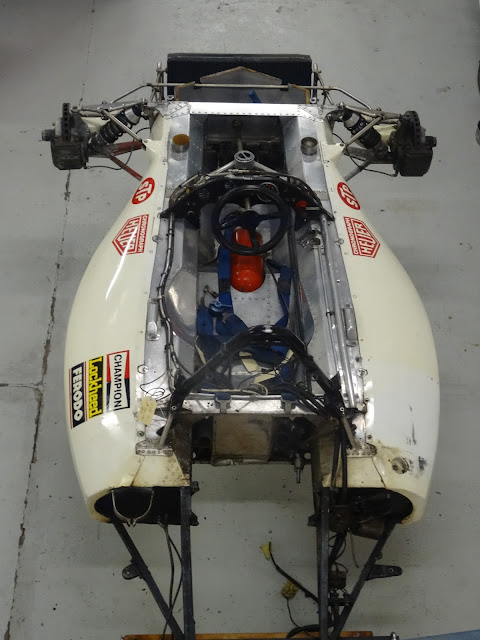 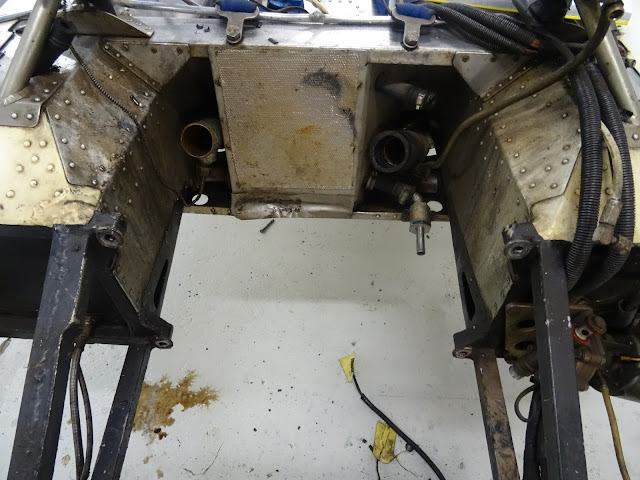 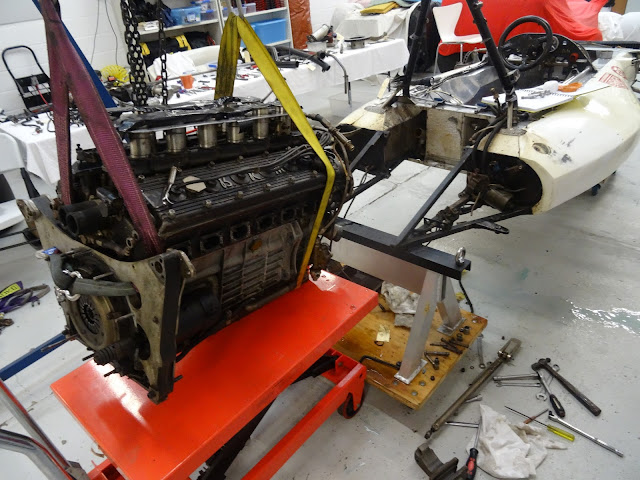 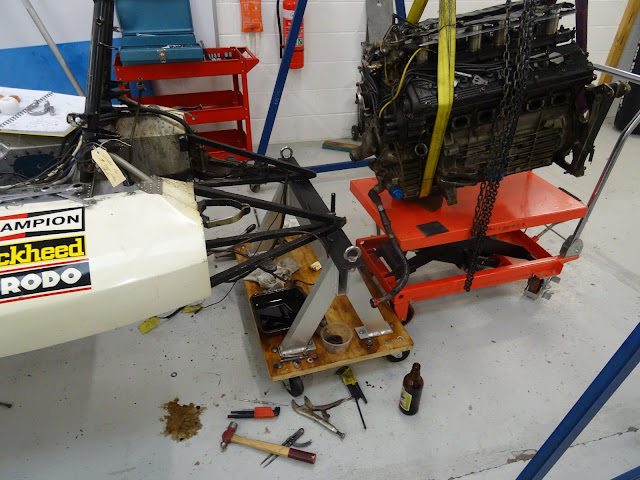 That is a big lump of motor. Definitely heavier than a DFV.
An ale to celebrate.
In truth I was progressively covered in old oil, old fuel and some very blue and smelly cooling fluid at various stages of this dis-assembly. Always some left in the lines no matter how much you have attempted to drain. 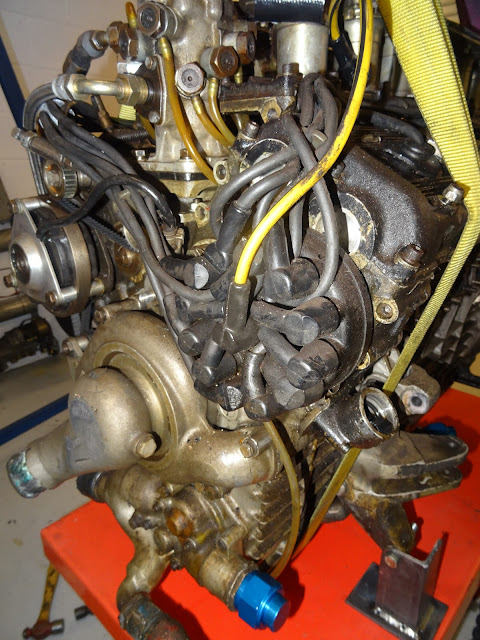 Rather serious water pump. Primary oil fittings are also Dash 16 so there must be some fairly significant quantities of oil and water being pumped through this motor at high revs.